We already know that Winocm and iH8sn0w were working together on the iOS 6.1.x Untethered Jailbreak, and they have already launched the untether pack in Cydia for A4 devices. However, this morning, they released a proper iOS 6.1.x Untethered Jailbreak tool with name of ‘p0sixspwn’ for every range of iPhone and iPad devices that are still running iOS 6.1.3, 6.1.4, or 6.1.5. 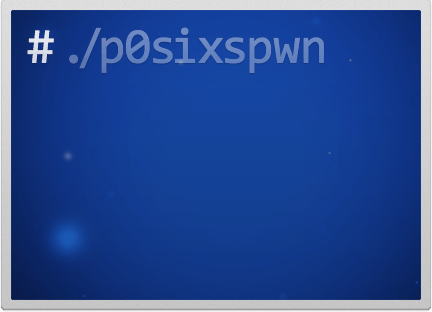 The latest iOS 6.1.x Untethered Jailbreak tool, p0sixspwn support A5+ devices, which means you can also jailbreak your iPhone 5 and iPad 2+ devices with posixspwn. Both iH8sn0w, and Winocm worked on iOS 6.1.x untether exploit from last several months, and was waiting for the evad3rs team to release an iOS 7 jailbreak exploit first.

The jailbreak tool is available to download at the moment only for Mac OS X users, but in near future it will support the Windows platform for everyone. The drama free iOS 6.1.x Untethered Jailbreak actually got some controversies with itself. As many people from iOS Jailbreaking community reacted shortly on the launch of the tool.

It looks like p0sixspwn burnt some of the very important reserves of jailbreaking community, and using an exploit, which was found by legendary hacker Comex, who is known for his JailbreakMe solutions.

The spokesperson of evad3rs, pod2g, also said that both Winocm and iH8sn0w burned very important part of their upcoming iOS Jailbreaking tool. The exploit was discovered a very long time ago, and was in their vaults for future use.