iOS 6.1.3 Untethered Jailbreak has been confirmed, and now it is coming for the iOS users even before the launch of iOS 7 jailbreak in public. It is said that hackers are working on the iOS 6.1.3 jailbreak from a long time, but no one has announced any thing. The very last time we heard about iOS 6.1.3 Untethered Jailbreak, it was coming out from Evad3rs member, who claimed that they are working over the nights to achieve the jailbreak for iOS 6.1.3 / 6.1.4 users but they are not going to launch the exploit before the launch of iOS 7 in public. 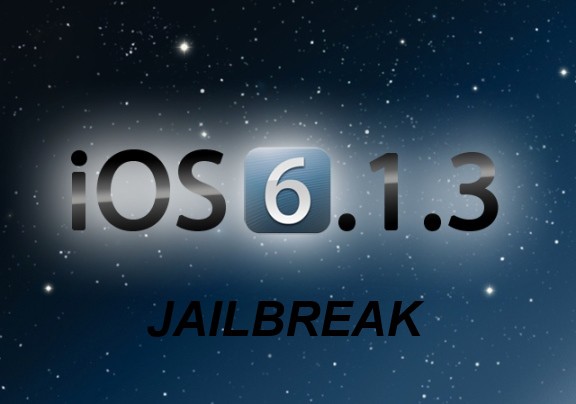 Furthermore, the iOS 6.1.3 Jailbreak seems to be not so important to them. And here comes Winocm in the situation. He claimed on his Twitter profile that he has got his hands on iOS 6.1.3 untether library that can actually bring the real working jailbreak for iOS 6.1.3 / iOS 6.1.4 running users. The jailbreak exploit is current tested on iPhone 4, and it requires only some time for testing on other devices before the launch.

The hacker behind iOS 61.1.3 seems to be not interested in iOS 7 jailbreak, and said that he will continue the release of jailbreak exploit in public. Because, Apple has fixed the exploit in iOS 7 that he is using on iOS 6.1.3 to gain access for an untethered iOS 6.1.3 jailbreak for iPhone, iPad, and iPod touch devices.

iOS 6.1.3 Untethered Jailbreak is really important for all those who have accidently updated their iPhone 4, iPhone 4S or iPhone 5 to latest iOS 6.1.x version. The iOS 6.1.4 Jailbreak will also be included with iOS 6.1.3 exploit. The hacker asks community for sometime to test the exploit on latest devices, and then he will launch the iOS 6.1.3 Jailbreak in public for iOS devices.

In other discussions, the iOS 7 Jailbreak is also under development, and big hacker’s groups are working on the exploits to reach the deadline. The iOS 6.1.3 Jailbreak download will be offered to users with proper guide on how to jailbreak iOS 6.1.3 on iPhone.

You can follow up here to get more updates about iOS 6.1.3 Jailbreak.