It seems like the rumours we mentioned just a couple of days ago referring to the fact that the iPhone 6 will feature NFC technologies are true, which is simply great news. Today, Apple introduced a concept known as Apple Pay which has one main purpose: to replace the classic payment system. 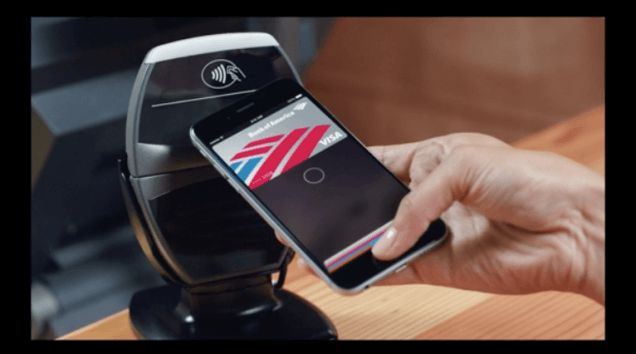 While this may seem like an almost unachievable task at the moment, Apple Pay may actually be able to fulfil its main purpose, thanks to the fact that it is extremely easy to use, but also secure. With this in mind people who get their hands on the newest iPhone will now be able to use their device to pay at different shops all around the United States, and hopefully all around the world in some time as Apple stated that it is working hard to make sure that the app will be available worldwide. When it comes down to actually paying, everything that you need to do is to have your credit card stored on the iPhone and then simply touch your iPhone to NFC sensors in shops while keeping your finger pressed on Touch ID.

But this is not all! The Apple Pay system can also be used for a wide variety of online stores including Target, Apple and many others as well. The concept of paying is simple, although it doesn’t require you to use the NFC functionality of your iPhone 6. Everything that a user needs to do once they would like to pay for something online is to select the item and simply scan their fingerprint, which brings amazing connectivity and has the potential of changing how purchases are made online forever.

Due to the fact that it has an incredibly smart way of being secure, Apple doesn’t actually get to see any of your credit card information. Additionally, a feature known by the name of SecureElement does what is needed in order to make sure that all of the information that is used when paying for something remain encrypted from all the points of view, thus making the platform great to use by just about anyone. Another interesting feature referring to the security niche of Apple Pay is the fact that even if you lose your iPhone, there is simply no way for a thief to steal a person’s money, mainly due to the fact that no financia l information is actually stored. You can also use Find my iPhone to disable Apple Pay, so you won’t have to cancel your credit card.

All in all, Apple Pay represents a great idea which seamlessly works with the near field communication technology that the iPhone 6 and iPhone 6 plus have. We’re still not sure whether the NFC can be used for other purposes such as reading cards like it can be done with Android phones yet, but we’ll keep you updated and give you a heads up once we have more information related to the NFC function of the iPhone.