You are here: GeekSays Technology News » Microsoft » Internet Explorer has reached to the end, the browser must die

Internet Explorer has now become the synonymous with security problems, outdated and bugs. Though the browser has seen many improvements in recent years but because of its rival browsers it keeps losing the ground.

IE which was the most used browser once now it’s on a steady downward from years. The browser was launched on the market in 1995 with Windows 95 and within a very short time frame it became famous. In 2002, Internet Explorer was commanding 95% of the market. But later it started losing its market and its share fell below 50% in 2010 which reached to 20% in October, according to StatCounter, the browser usage tracker. Currently Google Chrome is the leader in the browser market, commanding a 48% share of the browser market. 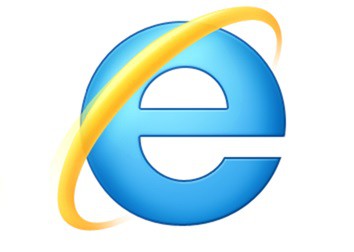 This summer Microsoft Corporation had promised to make big changes for Internet Explorer, now it seems that those changes are something that no one of us could imagine, replacing Internet Explorer with a new browser.

This week ZDNet reported that Microsoft is going to introduce a new browser, codenamed Spartan. It will debut next year with Windows 10 and the functionality will be similar to Firefox and Chrome.

Microsoft refused to comment anything on this news. ZDNet also reported that this browser will not be built on the same software platform as IE does, so it will not be backwards-compatible. That means IE will be shipped with Windows as it used to be and Microsoft Corporation will do that to make sure that corporate apps function properly.

Governments and company IT departments will adopt the new browser versions very slowly, so the most-used version of IE, stubbornly remains IE 8 which was debuted in 2009.

So it seems that Internet Explorer will not go away completely, but yes, it is the beginning of the end.