As expected, Facebook has introduced a video capturing and sharing feature on Instagram service for both iOS and Android devices. Facebook brings Instagram as a real competitor to Twitter’s introduced Vine platform that goes publicly available earlier this year. We have seen how people reacted to Vine, and now Instagram team today at Facebook’s hosted media event reveals their super success behind the simple photo-sharing service and announces the all-new video capturing service for smartphone users. 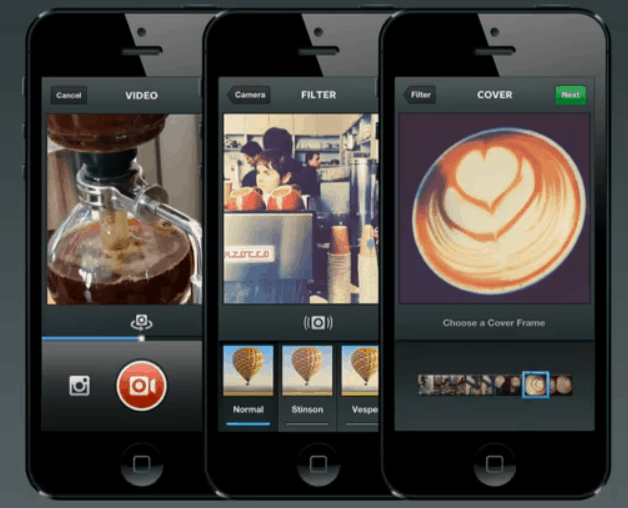 Facbeook today hosted an event at its Menlo Park campus to unveil the long rumored video capturing capabilities for its recently acquired Instagram service. The team at Instagram tries to take over Twitter’s own Vine application with number of new features, and great community. There are no doubts that Instagram holds a big community of smartphone users. The new service now allow users to capture collages of videos with simplicity, and without losing the edge on their creativity.

Intsagram Video feature will let users to capture 15-second videos using the application on iOS or Android. Furthermore, it allow users to easily get rid of unwanted frames in the video to capture it again. Instagram tries to maintain its simplicity with the introduction of new video feature. In addition to simple video capturing service, Instagram brings 13 new custom filters for users that allow them to customize their videos, and add a new layer to their creativity.

Instagram introduces new video capturing technology that will turn every Instagram Video users into a professional video maker. Instagram brings “Cinema” feature dubbed under “Cinematic Stabilization” technique that allow users to produce more professional videos. However, we are yet to get our hands on Instagram Video feature but soon it will be available in App Store and Google Play Store for both Android and iPhone users.