The iMessage Chat in Google Play Store comes up with an active service that works as it is advertised but one should install the application on its device before reading all the stuff described in this article.

iMessage Chat is bringing real cross platform iMessage service for Android users, and allow them to send and receive messages via Apple ID’s. While the iMessage Chat is offering an outstanding service to users, it has been reported quickly by several prominent hackers and developers that there is some sort of shady code hidden in the application that allows developer to easily download and crack data stored in the device. iMessage Chat application is also capable to download other APK files on your Android device in the background, and install them on your device without using any popular hack. 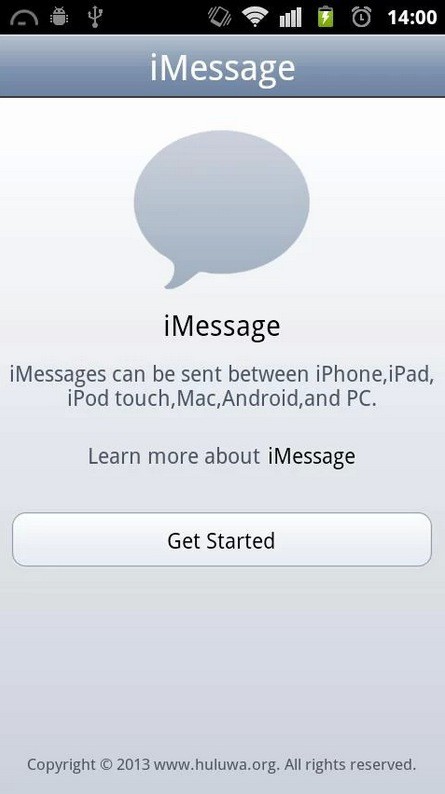 I have personally tested the application on my Galaxy Note II, and Samsung Galaxy S IV to send iMessage from Android phones to my iPhone 5s and iPad 4. Everything works accurately, but from the developers stand out the application is not safe for general users to install. The iMessage Chat is spoofing iMessages from Apple Servers as a Mac Mini, and processing through a server somewhere in China.

We are still investigating the iMessage Chat, and will keep you updated if we found anything new. In the meantime, if you want to test iMessage Chat on your device make sure to risk your data to a developer with no proper identity in the community.