Nick Groove, the 27 year-old escaped from jail and months after that he started taunting the cops with continuous Facebook posts and the latest posts of him indicates that currently he is in Mexico.

His Facebook page, which includes the name Jonny in addition, indicates that his current residence is Cancun. Nick Groove also added some resort pictures on his Facebook page on November. In some pictures he gave pose with several women, in one picture he is kissing a girl, and in another picture he is standing in beach without wearing shirt. He also posted a picture holding his middle finger. 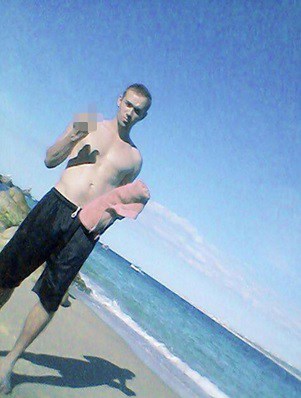 His continuous posts on Facebook indicate that he is a young music fan as he shares and uploads music videos from different bands. On December 8 he added a picture of highway with message “Let’s go and never come back”.

In August 26 he escaped from the Payette Country jail in Idaho and since then he keeps posting photos on social media sites. Only after two weeks of his escape he gave an interview to a reporter of TV station KTVB on Facebook messenger. In the interview the young fugitive said that he had new face, job, ID and life within four days of escaping. In the interview he also teased about the poor security of the jail and mentioned that with the help of strangers he got succeed to escape. Nick claimed that the cops will not be able to find him.

The 27-year old Ontario native was in jail for 11 days for weapon charges and then he escaped from the jail. He is now using a web service through which he is keeping his location secret, the station reported.

Though he has entered into Mexico, authorities are focusing to catch him and this is why in spite of his mocking the authorities are encouraging his bold behaviors because they believe it will help them to take Nick back to jail.