A new iOS 7 Jailbreak tweak makes it’s way to the Cydia Store. And, gained our attention over the weekend. The new Cydia tweak for iPhone and iPad devices is focusing on providing information to users about their iOS device battery condition.

iBatteryInfoPro is a new Cydia tweak that works on iOS devices to collect information about the condition of your battery, and voltage. It offers valuable information for many as it reads the iOS core system to bring information for you. There are times when we need some basic debug information from our devices to resolve the issue, but Apple restricted the flow of information to general users and as well as to advanced one in iOS device. 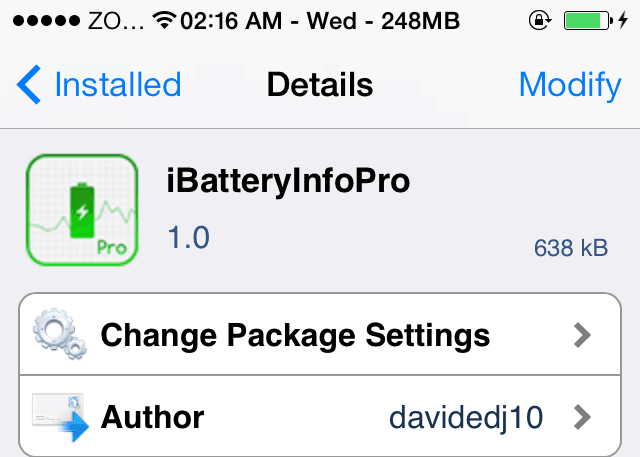 The iBatteryInfoPro provides you real-time status of your battery, and as well as reads the battery charging cycles. It also monitors the flow of current via USB cable connected with your device to access data or charge the battery.

As it connects with Activator’s call function, and you can set your customize event to bring this information on your device in the form of a pop-up message on your screen. The iBatteryInfoPro does not end here for many as it has a set of power tools for your devices. 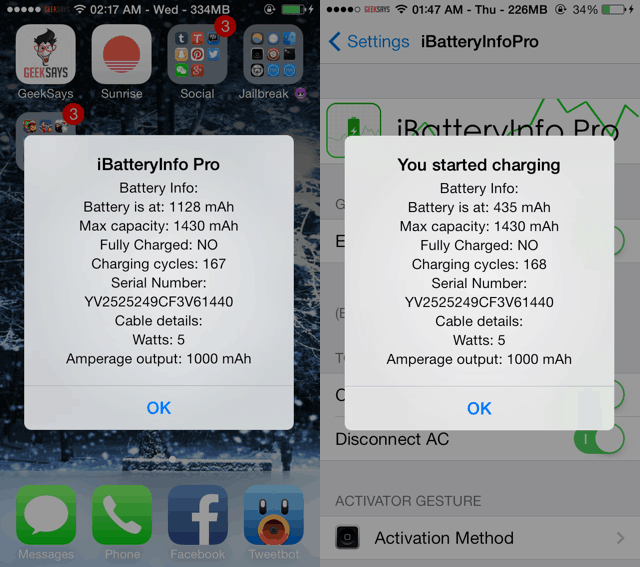 iBatteryInfoPro allow the user to set automatic tasks on reaching certain battery level, suppose you are battery is about to run, and you need your phone to stay alive with you. The iBatteryInfoPro will automatically disables all non-wanted connections and features on your device to stay awake your device for a longer time.

The iBatteryInfoPro comes with a little price tag for you, and it is currently available to download from Cydia Store.