You are here: GeekSays Technology News » Android » Huawei to hold a special press event in New York, on June 2

After their latest flagship, P8, was finally unveiled and received a lot of positive feedback, it seems that the Chinese manufacturer Huawei is ready to conquer even more important markets.  And by important markets we’re definitely referring to the United States, where Huawei is still not an important name.

According to GSM Arena, the press invites, which were already sent, are pointing to an event which will take place in New Your, on June 2. 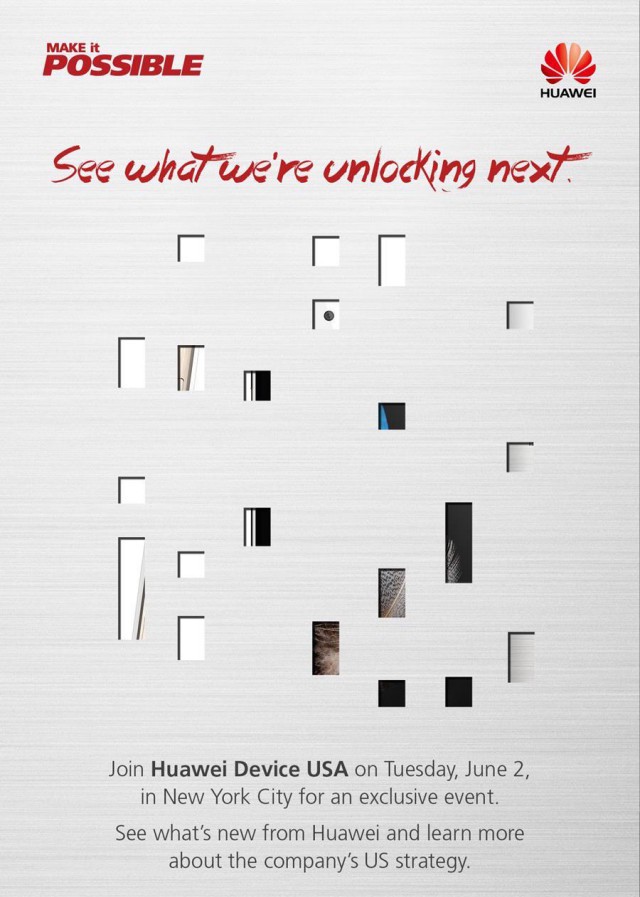 Of course, like they used us, Huawei doesn’t give too much details about what we’re going to see at the event. As you can see, the invite has one main catchphrase written on it: “See what we’re unlocking next.” If we’re allowed to take a wild guess, this might be a subtle reference to the fact that they’re unlocking the P8 for the U.S. market. Still, we could as well be wrong.

Also, we can notice a few squares, representing parts from a smartphone, most likely the P8. Hey, it seems that we’re not wrong after all!

Could we see more than just one phone at the event?

The above mentioned source claims that during the event, Huawei could also introduce the P8max phablet, while the P8 Lite is less likelt to make its debut.

We’re looking forward to seeing how the manufacturer’s flagship will be received by the U.S. market, since it is well known that the brand isn’t seen that well in this country, due to some crazy rumors about the Chinese government installing spying device in the phones.

For the moment, this is everything we know about this topic, but we will definitely be back with more details, as soon as the launch event will be over.

Do you think that the Huawei P8 will be a success in the United States?