After Huawei announced the Ascend Mate 7, a device with really thin bezels, everybody was impressed by the looks of the phablet, but what if we told you that the Chinese manufacturer wants to make a trend from this?

Today, they announced the Huawei Ascend GX1, a 6-inch smartphone featuring an 80.5 percent screen to body ratio, according to Android Central. Or if you want to avoid using match, let’s just say that this baby is sporting an almost bezel-less design. Check it out! 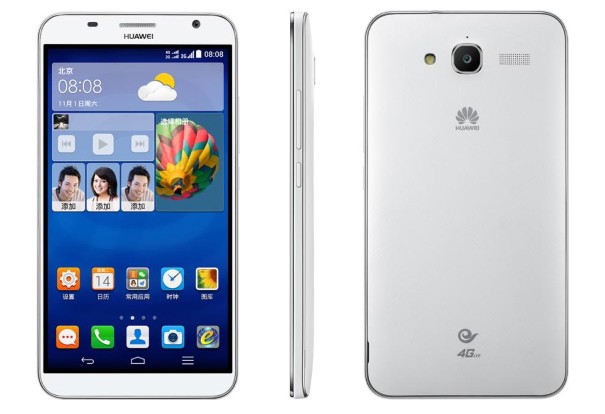 Big screen on a mid-ranger

Besides the 6″ 720p display (yeah, we know, 1080p would’ve been way better), Huawei Ascend GX1 comes with a 64-bit Snapdragon 410 CPU, boasting an octa-core CPU, clocked at 1.2 GHz, alongside 1 GB of RAM and 8 gigs of internal storage, expandable with the help of the microSD card slot. Last but not least, an 8 MP camera rests on the back, while on the front, there a 2 MP snapper.

Also, we need to mention the 3500 mAh battery, which is just enough for a 6-inch phone, while the operating system is Android 4.4 KitKat, customized with the manufacturer’s Color UI.

If you’re fancying the idea of getting a big phone for Christmas, the Huawei Ascend GX1 is now available for about $255, but just in China, without any information about availability in other countries.