You are here: GeekSays Technology News » How To » iOS Tutorials » How to Save and Play GIFs on iPhone/iPad (No Jailbreak)

While you can save GIFs in Apple’s iPhone or iPad without any issues, you cannot play them by default in these devices.  The format of GIF is different from simple image files.  The Graphics Interchange Format (GIF) is an animated image without any sound.  It seems like a short video that loads very fast.  An iPhone/iPad user can save GIFs by following this simple method.

How to save GIFs on your iPhone/iPad

The method to save GIFs in your iPhone and iPad is similar.  All you need to do is to find a GIF that you want to save and a couple of taps will be enough to save GIFs.  However, remember that you can save GIFs in the stock photos app of your iPhone or iPad but you cannot play them.  The camera roll of your iOS devices does not support GIFs.  To save GIFs follow the steps below:

Step 1: Choose a GIF to save it in your iPhone/iPad.

Step 2: Tap the GIF and hold it for a few moments

Step 3: An option menu will appear.  Tap “save” to save GIF

You can also use an app called “Giphy” that lets you find and save GIFs.  However, if you try to play these GIFs, they won’t play.  On the contrary, you will only see a still from the GIF.

How to Play GIFs on your iPhone/iPad (No Jailbreak) 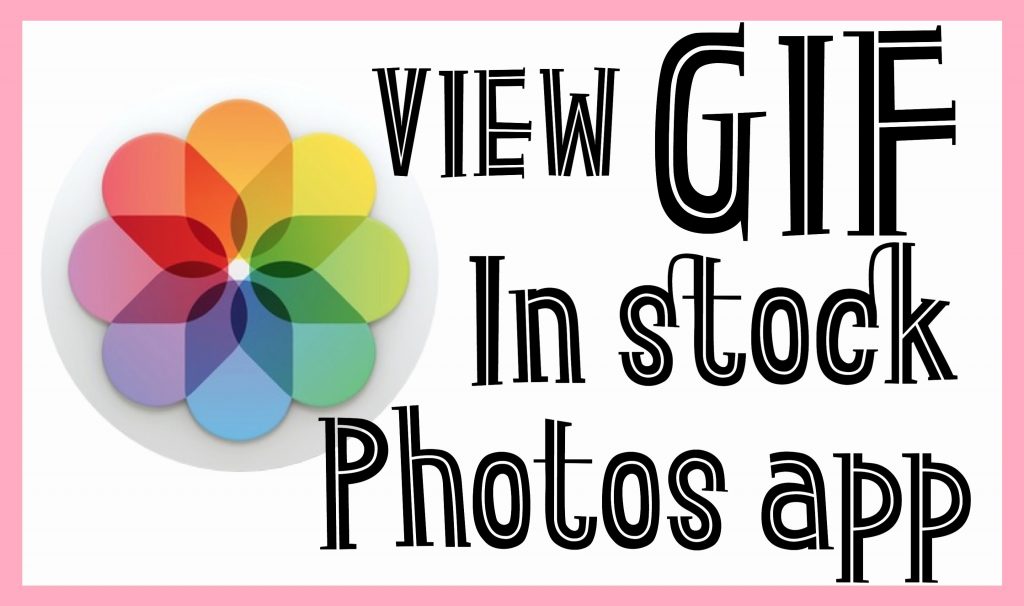 Now that you have saved the GIFs in your iOS device, you would naturally want to play these GIFs as well.  For that you need to download an app called GIFs Viewer.  GIFs Viewer is easily available on App Store.

Step 2: Type GIFs Viewer to download and save the app in your iPhone/iPad

Step 3: Install it on your iOS device

Step 4: Import your saved GIFs to the GIFs Viewer app and it will play the GIFs without any problem.

So, you see the method to play GIFs in your iPhone or iPad is quite simple.  First save the GIFs and then import them to the app to play them.

To upgrade, modify and bring useful and attractive changes in everything is part of the evolutionary process in the domain of technology.  Everyone likes to save GIFs in their devices and show them to their friends later.

How to Play GIFs on your iPhone/iPad with jailbreak

There is another tool called Giffy that you can use to play GIFs on your iOS device.  Giffy is, however, a jailbreak app and can only be used only by jailbreak users.  It has many exciting features such as you can preview GIFs in your mail and messages.  No need to get a third-party app from the app store.  Similarly, with Giffy you don’t need to import the GIFs to any software.  You can play GIFs right in the app you’re using at that time.

GIF Viewer doesn’t require jailbreak.  This means that you can play GIFs on your iOS 10 devices as well.  This is one advantage of GIF Viewer that gives it an edge over Giffy.  If you have jailbreak, go for Giffy by all means.  But for those who want to play Gif without jailbreak, GIF Viewer is your tool.