You are here: GeekSays Technology News » How to jailbreak iOS 8

Jailbreaking has been around for a couple of years in order to make sure that people from all around the world get more out of their iDevice. As you may already know, iOS 8 Jailbreak was released recently, and the folks behind Pangu were the first to release a jailbreak that works well.

Still, before performing the iOS 8 Jailbreak of your iPhone, let’s see if it’s actually worth doing it, by quickly going through all the new features brought by iOS 8.

Access to battery usage stats: We all know that one of the iPhone’s biggest problems is the battery life. Of course, this happens only if you’re a hardcore user. Now, you can see which apps drain the most of your battery, enabling you to change their settings or even uninstall them in order to give your iPhone a few more hours of life.

Apple Pay: By far the most important update brought by iOS 8, Apple’s mobile payment system allows you to actually pay for the things you’re buying, using your phone. Several retailers, banks and app providers are already allowing you to use the service, so we’re basically looking at the future of payment systems here!

New camera features: Let’s face it, even though it doesn’t have tons of megapixels, the iPhone’s camera takes some really great shots! iOS 8 brings some cool new features, like a three-second timer and the ability of taking time lapse videos, alongside focus and exposure controls.

Interactive notifications: If you’re playing a game or using another app, there’s no need to exit it in order to reply to a message, as a banner will now appear on the top of the screen, enabling you to quickly do this. Also, while the screen is locked, you can easily dismiss notifications without unlocking it. 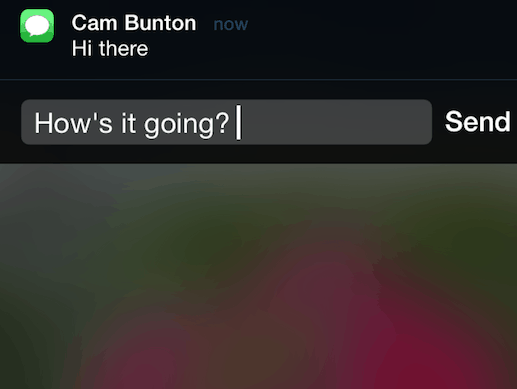 Widgets: Yes, they’re present in iOS 8 now, but only in the notification center. Still, it’s a very big progress for Apple, which will definitely improve the accessibility.

Improved Siri: The voice assistant has received a couple of new features, in order to make things easier. While it’s plugged into power, it’s always listening and you can activate it just by saying “Hey Siri”, exactly like Android’s “OK Google”. Also, it comes with build-in Shazam integration, so from now on, just hold on the home button and you will instantly see the name of that song you really like.

Continuity: Another important feature brought by iOS 8 can be used in order to continue your work on another iDevice from where you left it. For example, if you’re writing a note on your iPhone, you might want to move on a bigger screen, you can switch to your iPad or Mac and finish it, as your iCloud account keeps everything synced.

Of course, these are just a few of the new features brought by the new operating system. It’s up to you to discover them, after installing iOS 8, following our instructions!

With this in mind, here’s a detailed tutorial, aimed at making sure that you’ll be able to easily jailbreak your iPhone and later install a ton of great Cydia apps. 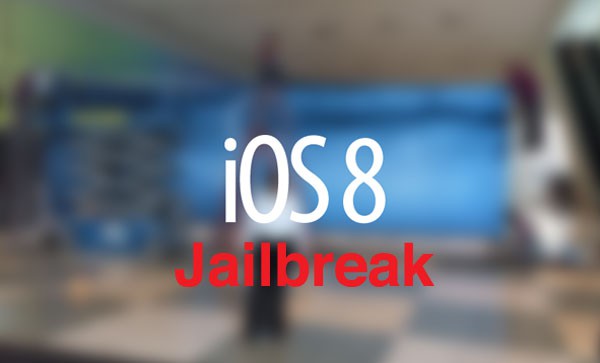 Jailbreaking your iPhone with iOS 8 is considered extremely easy to do, mainly thanks to the fact that the folks behind Pangu have worked hard in order to make sure that people who are considering to jailbreak their iOS device will not run into any trouble, regardless of how much technical knowledge they have. However, it is important to remember that before you jailbreak, you should be fully aware of the advantages and disadvantages and use this knowledge towards making sure whether you’d like to jailbreak your iOS device or not.

You’ll first need to check if your iPhone is charged and if it’s running the latest version of iOS 8. To do this, simply head over to your device’s settings, click on ‘general’ and then over on ’about’. If everything is fine, then you can easily proceed to the next step. In the case that you are running iOS 7 or an older firmware, then you can easily turn on the Wi-Fi of your iPhone, head over to the Settings app and then to the ”general’ section. Over there, you should be able to find a section labelled as ‘Software Update’. Simply click over on that and click on Install. 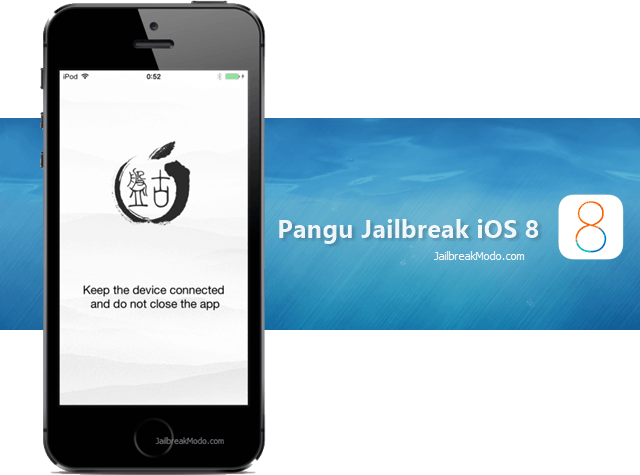 Now that you have the latest version of iOS 8 installed onto your device, you’ll need to go ahead and download the Pangu jailbreak on your computer for Windows from here and then proceed with the installation wizard. To do so, simply click on the app once it has been downloaded and click on ‘Next’ during the installation wizard to get everything set up and ready to roll.

Once Pangu has been installed on your computer, you can go ahead and connect your iPhone to your computer via USB. Once this is done, the name of your device should appear on the app’s screen. Additionally, a wise thing to do is to exit iTunes in the case that it automatically pops up in order to make sure that it doesn’t start syncing your iPhone for any reason whatsoever.

After everything that has been mentioned until now has been done, you’ll be easily able to follow the wizard and jailbreak your device as soon as you click on the blue button.

During the process, your device will most likely restart a couple of times while certain images may appear on your screen. Don’t worry and simply wait for the jailbreak process to finish. An important factor to keep in mind is to stop yourself from unplugging your device before the process is over, as this can cause a lot of damage.

Once the jailbreak has been installed, you can stat downloading apps via Cydia in order to get access to many features on your iOS device. For a list of the best Cydia apps and Cydia tweaks, simply check out the dedicated section right here.

We hope that you have enjoyed our tutorial and successfully updated your iPhone with the iOS 8 jailbreak. In the case that you happen to have any questions, simply post them as a comment and we’ll get back to you as soon as we can. Additionally, for more how-to articles on iOS, you can go ahead and check out our dedicated section right here.