You are here: GeekSays Technology News » Jailbreak News » How To Perform iOS 9.3.3 Jailbreak with Pangu (Guide) 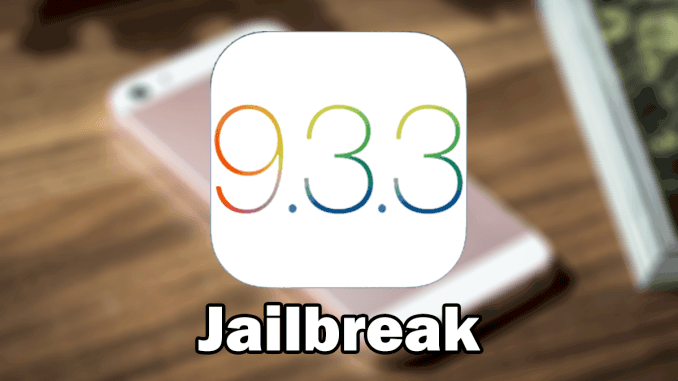 Over the last few months, we heard Pangu is silent on iOS 9.3.3 Jailbreak development, and there was no update. Silence from Pangu raised several questions in the community about the availability of public jailbreak tools for the general public. Several jailbreak hackers came through to showcase their skills with demoing their iOS 9.3.3 jailbreak exploits, but none of them were willing to release them. We have seen iOS 10 Jailbreak exploit which worked pretty well for iOS 9.3.3 running device, but the hacker refused to release it.

Most of the hackers were keeping their iOS 9.3.3 jailbreak exploits for research and educational basis. With iOS 9.3.3 jailbreak development, we have seen an old hacker, iH8sn0w, making news in the iOS community with his exploit. At the moment, Pangu only releases jailbreak for latest devices.

Here is how you can perform iOS 9.3.3 Jailbreak for your device:

Pangu has released the iOS 9.3.3 Jailbreak tool on its website. You need to download the application and connect your device to the computer. It is a semi-tethered jailbreak, which means you need to perform jailbreak every time you restart your device. Here is how to achieve jailbreak status on iOS 9.3.3 running devices:

Step 1: Download iOS 9.3.3 Jailbreak from Pangu’s website.
Step 2: Connect your iPhone/iPad to computer and jailbreak it with software.
Step 3: During the jailbreak process, Pangu will install an app on your iOS device that lets you achieve jailbreak.
Step 4: Once the device reboots, you need to rerun the application to achieve jailbreak. It is a semi-tethered jailbreak. It means you have to jailbreak your device manually every time you reboot it.
Step 5: That’s it. If you face any issue while jailbreaking iOS 9.3.3, we would like to help you!
You can get your device jailbroken using the above-mentioned steps. We know Pangu took a very good time in releasing iOS 9.3.3 jailbreak for general public.