You are here: GeekSays Technology News » How To » iOS Tutorials » How to Free Memory Space on your iPhone

How to Free Memory Space on your iPhone

Running out of storage space on your iPhone is annoying, but trying to free some up is downright aggravating. Until they figure out a way to throw a terabyte of flash memory in there, you’re going to have to do some spring cleaning every now and then.

The biggest storage hogs are usually photos and videos, but there’s also the infamous other, which can claim up to 10 GB of space if you’re not careful. Deleting a few pictures and movies might help you out of a jam, but if you’re continually getting that “not enough available storage” warning, you’ve got to dig deeper.

How to Free Up Storage Space on iOS 7

This guide will show you how to free up space in iOS 7 so you never have to get a “memory full” message again. I’ll be covering everything you need to know, from finding out what’s taking up the most room to eradicating useless, invisible data.I’ll be using my iPhone 5 (32 GB) with iOS 7.1 as an example, but most of these tips will work with older and newer iPhones, and can also be applied to any iPad or iPod touch. Before you begin, make sure to back up your device with either iCloud (wirelessly) or iTunes (cable).I started with roughly 27.6 GB used and 314 MB available. Now, let’s see how much room I can save without removing any of my music (the one thing I’m not willing to budge on).

Step 1: Check Out Your Usage

Before you even begin deleting anything, let’s see exactly how much space you’ve used up. Heading to Settings -> General -> About will show you how much space you have available, as well as give you an idea of how many songs, videos, photos, and apps you have. We want more information than that, though, so go to Settings -> General -> Usage instead and look atStorage. 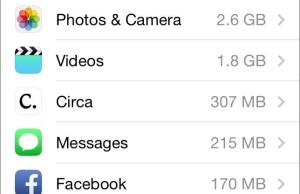 I’m not going to worry about music, because that’s the one thing I’m absolutely sure I want to keep as is, but the rest is pretty much dispensable.

Now, you can’t really do anything in the Usage menu besides delete whole apps, but one app does let you delete its contents separately, and that’s Videos. Go ahead and tap on Videos, which will show you all of your TV series and movies from iTunes.

To remove a movie or entire series, just slide it to the left and hit Delete. Alternatively, you can hit Edit in the top right, tap on the minus symbols beside each one, and Delete (but that’s slower). 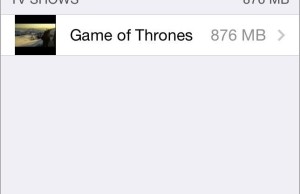 f you just want to delete a few episodes of a TV series from your iPhone, just tap on it, then delete episodes individually instead.

And if they’re purchased from the iTunes Store, you’ll be able to re-download them again later, and if not, I’ll assume you have them tucked away safely on your computer in iTunes.

If you’ve already backed up via iCloud or iTunes, most of the content on your device is ready to be restored if need be, including contacts, photos, Safari data, in-app purchases, and more.

They both will also back up app settings, preferences, data, and documents (but not temporary or cache), but you’ll only be able to restore apps using a full backup, not individually. For that, there are apps like iExplorer andiFunBox.

Now that you’ve cleared out the biggest storage hogs and backed up any app data you want, go ahead and decide what apps you no longer want or need on your iPhone. Just tap them, hit Delete App and Delete App again to confirm. This will delete the app and all its documents and data, so make sure before you commit. 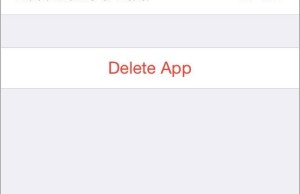 Alternatively, you can delete apps from your home screen by pressing and holding on them, hitting the red X sign, and confirming deletion.

Step 5: Save Photos from Messages

We’re done with the Usage section, and now it’s time to deal with photos, but before we get to deleting any, let’s save all of the ones that are hidden in your text messages, either sent by you or received. If you don’t care about keeping any of them, skip to the next step.

We’ll continue the rest of the steps later. 🙂