You are here: GeekSays Technology News » Smartwatch News » Apple Watch » How great is the Apple Watch after all?

There was a lot of buzz created around the Apple Watch, but yesterday, after a few months of waiting, we finally had the chance to see what this little wearable can do. We looked at the specs, the design and the price and we tried to answer a simple question: was it worth the wait?

We know that this may come in contrary with what Apple fans are thinking, but we’re going to be as objective as possible, sustaining our opinion with arguments: it lacks that ‘wow-factor’, from every point of view. 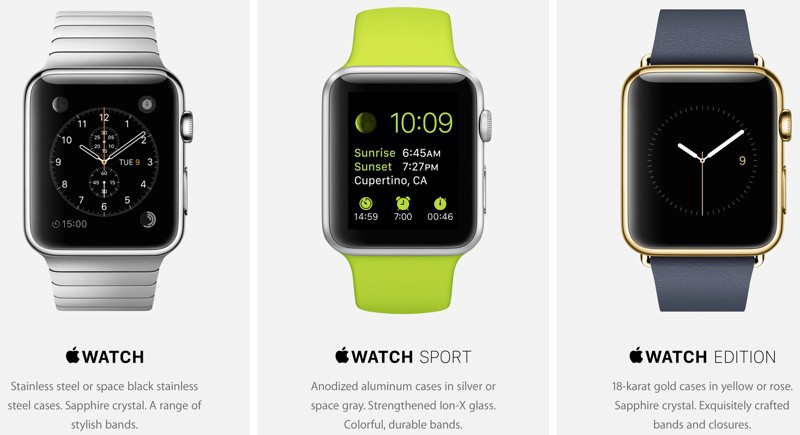 First of all, it’s the design. This isn’t something new, as we first saw the Apple Watch in September, when the iPhone 6 was launched. It’s true, it does have a premium look, being built from high-quality materials, but it’s definitely left behind by models like the Huawei Watch, LG Watch Urbane or even the Moto 360. If you ask us, a smartwatch with a round display will always beat one with a square display. Maybe it’s just a matter of personal taste, but we don’t see anything special in it.

Secondly, it works just with iOS. Ok, this might not be such a big surprise, as it was obvious, but hey, other smartwatches are working with way more phones, not just a few iPhones. And let’s not forget about the Pebble Time, compatible with both iOS and Android.

Last but not least, there’s the price. Apple is well-known for releasing not-so-cheap devices, but this one took the price tag a bit too far. We’re not talking about the luxury edition, with a four-figure price, of course. For $349 you will get the sport version of the Apple Watch, with a silver anodized body and a silicone band. It’s not that much, but for the same money you can get a way better looking Android Wear smartwatch for example.

Of course, this is just our opinion and it doesn’t mean that the Apple Watch isn’t a great device. It just lacks something that can make us want one.

What do you think about it? Is this smartwatch the one you were expecting?