You are here: GeekSays Technology News » General » Here Is How To Fix iOS 7 Betas Expire Issues

iOS 7 betas goes expire today, and the chatter begins in different developers forum that they are devices are temporarily bricked with latest iOS 7 betas running. iOS 7 beta 6 expires today and left several devices in bricked status for developers. The iOS 7 beta 6 running devices are now locked with a message that “iPhone / iPad cannot Be Activated”, and it ask users to enter their iCloud details. Reportedly, nothing works at the moment to retrieve any data stored in the device with brick status. 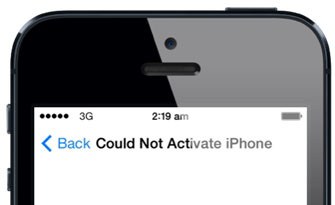 However, a workaround simply allow developers, and beginner users to get rid of iOS 7 beta 6 or earlier versions, and install latest iOS 7.0.2 update directly on their devices. The process of installing full version of iOS 7 (iOS 7.0.2) is very simple and easy. Users will be required to download iOS 7.0.2 ipsw files for their devices, and latest iTunes 11.1 version for their machines.

Around midnight UK time, my iPhone 5, along with thousands of other iOS 7-running devices which hadn’t updated from their dev betas, randomly crashed. An error message of “could not activate iPhone” appeared, and prompted users to sign in with their iCloud details. Unfortunately this did not solve the issue, with Apple’s activation server being “temporarily unavailable.”

We have reported over time that iOS 7 betas are going to expire, and it will leave user devices in brick status. You can download iOS 7.0.2 update from here to update your device.