Google has introduced a revamped version of its Google News section for mobile devices for iOS users. Google is yet to launch its standalone application for the news platform, but rumored to be announcing it soon for both Android and iOS users. Google has revamped the design of News portal to enhance it more for iOS users, and provide more native look on iOS 7 running iPhone devices. 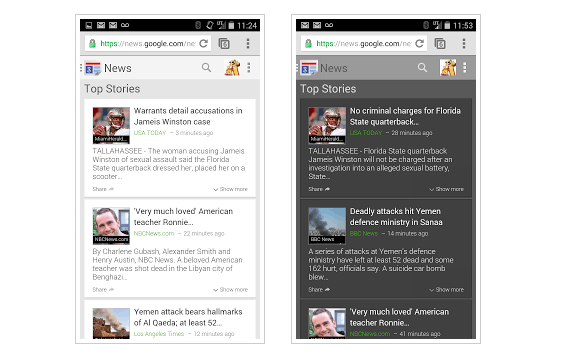 On the other hand, Google has pulled Currents application from both Android and iOS App Store to include it under upcoming Newsstand application. The all-new Newsstand application will feature Google News, and editors picked section to let users organize their content providers more accurately. Google has been experimenting several news providing applications and services over the time, but has not achieved the goal yet.

The overall revamped look of Google News for iOS devices improved the readability on devices, and allow users to customize the webapp according to your taste. It allows mobile users to easily change the theme of webapp, and brings the popular “card” style for major stories of the day.

Google also reimagined the navigation of News portal, and focuses on easier flow of users from here to other topic. It allow users to create their own custom sections, and users can access the custom sections from anywhere in the web-application.

Google introduces Editors Picks section as well in the all-new web-application. It gathers local weather information, and relative updates from Google+. The initial roll out of the Google News section is only for US users, but everyone will see it really soon.