Google has today announced an update to its Google Maps for Android, iPhone, and iPad devices with so-called relevant ads that will popup every time you search for something on Google Maps application on your iPhone or any Android device. Google binds the new relevant ads with a newly introduced bottom bar in the application. According to Google Maps official blog post, the all-new relevant ad listing will show the most relevant and qualified ad on your screen. 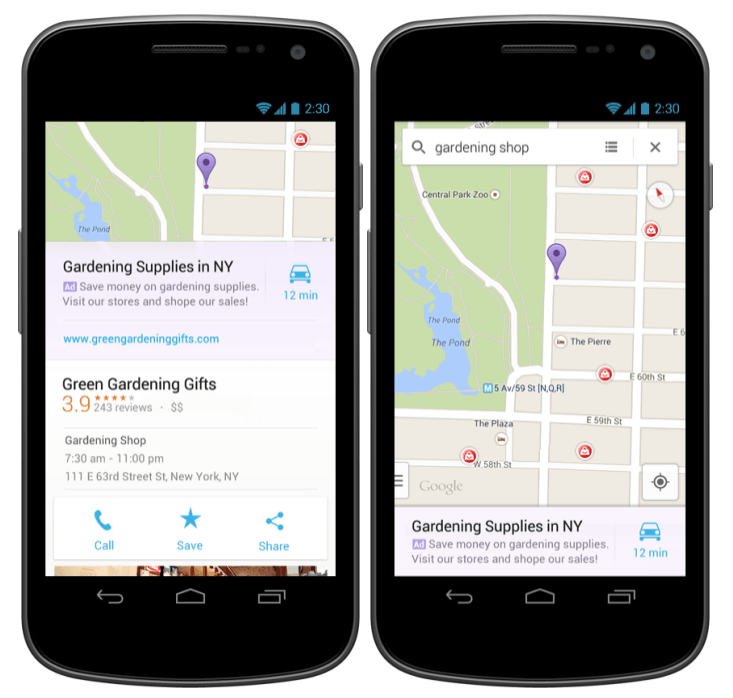 Google will display a local-listing ads in the application as a banner in the bottom bar of the application, and the banner will act as an overlay to the map tiles on your smartphone screen. The banner carries a variety of information about the ad, such as the number, location, opening / closing times, and ratings as well from Zagat. The new ad placing also spots the business images, reviews to tell users about the highlighted place in the Google Maps application.

The new relevant ads are okay for many, but still there are numerous users like us who always try to avoid ads in our screens. However, in the meantime the update is rolled out for everyone in the Play Store and App Store. You can update your application to get latest relevant ads.