Google Glass rooting surfaces earlier this week, when two and more iOS Jailbreak developers / hackers got access to the Google Glass. As you may know, the iOS popular-hacker comex has reportedly joined Google as an intern, apparently gets an early access over the device. He quickly came over the Twitter with a positive signal that Google Glass can be hacked, and rooted easily. He discovered a debugging mode in Google Glass that allows developer to connect device with ADB, and access whatever they want within device.

The hacker also claimed that Google Glass is running on Android 4.0.4 complete OS, and its functionality can be expanded to next-level. In addition to his discovery, Jay Freeman aka Saurik – the founder of Cydia claimed that he finally rooted his Google Glass with a security loophole in the system, and can now test anything he wants on the device. The security researchers around the globe got pretty involved with Google Glass development, and now looking forward to come up with custom ROM’s for the Google Glass. 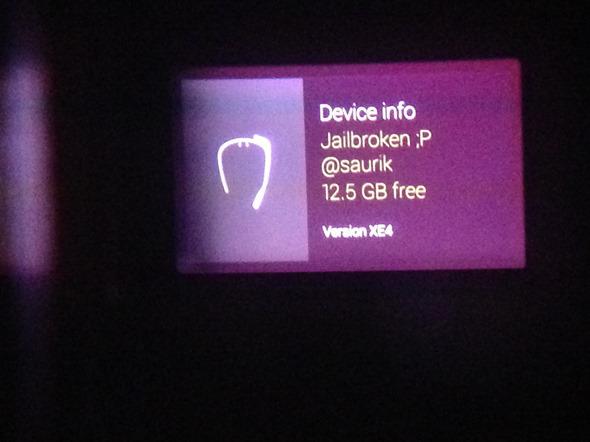 Saurik approached his twitter profile with a screenshot of Google Glass featuring ‘Jailbroken :P’ – a term referred to removing the limitations of the OS by original vendor. Saurik shocked everyone in the industry with his little trick to root the Google Glass.

At the end, it is a great news to learn that Google Glass is also rootable like Android OS, and it can allow developers to bypass the Google provided API’s to make most out of the device. Currently things are just getting hype, but we can say that in the upcoming months Google will be the major thing with its Google Glass rooting and tricks.