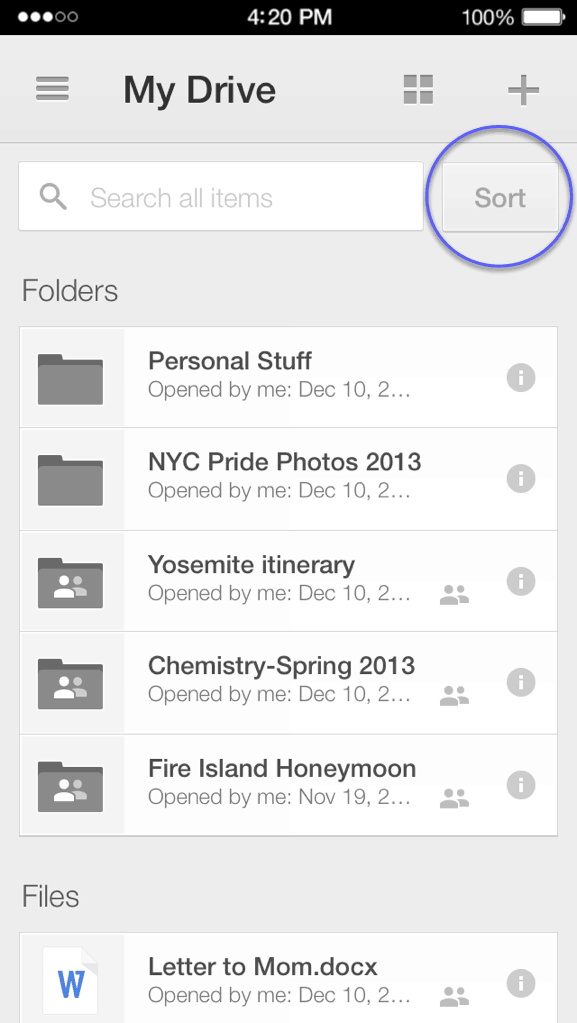 Many people have asked Google to update their Google Drive for iOS application with sorting feature, and the team behind the application also agrees on official notes that users were requesting sorting feature. It allows users to easily sort their files by several filters, such as Title, Last Opened By Me, Last Edited By Me and Last Modified.

Google has included another useful feature in the application that allow users to find and replace in documents. The Google cloud storage device has overtaken every thing long time ago for myself. Being an active Internet user, and blogger, I use Google Documents on daily basis to store lots of my data to access from anywhere.