You are here: GeekSays Technology News » Recommends » App of the Week » Google Drive for iOS Gets Major Revamped Look

Google has pushed out a major update to its Google Drive for iOS application in the App Store. The major updates comes right before the major announcements of iOS 7 from Apple. Google Drive now includes a new layout for users on iOS devices. It carries the more traditional look, something that is already on every other Google baked application for iOS.

While we are just few days away from the biggest announcement of the technology industry from Apple, and it seems that everyone is getting ready for the upcoming changes in iOS and iPhone line-up. No doubts that there are plenty of players who are beating Apple around the world, but still they are making most out of from Apple’s provided platform. I am talking about the Google! Google has numbers of applications ready for iOS devices, and they are increasing the numbers of iOS applications under their belt. 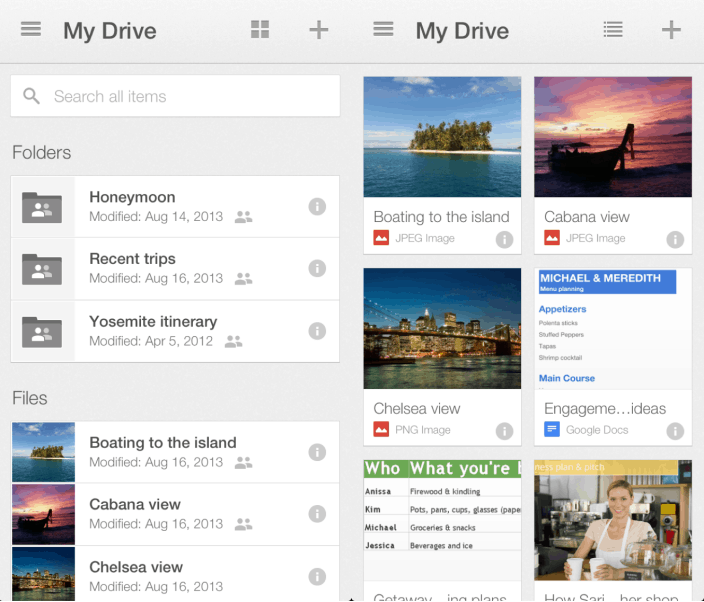