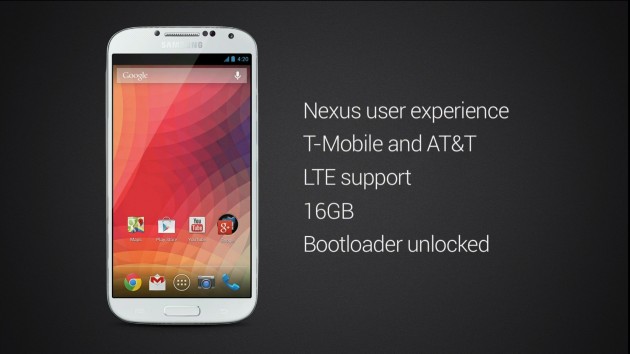 Google has taken over the Samsung, as it was earlier reported that Samsung is killing Android credits on their events and not calling any Google feature on the screen. However, with such a move, Google is bringing the stock Android OS on Samsung Galaxy S4 to provide more smooth ride on the device.