You are here: GeekSays Technology News » Google » Google AI “Cybernetic friend” to predict search without you even asking

The team joined futurist, author and inventor Ray Kurzweil who is director of engineering at Google, focused on machine learning and language processing. 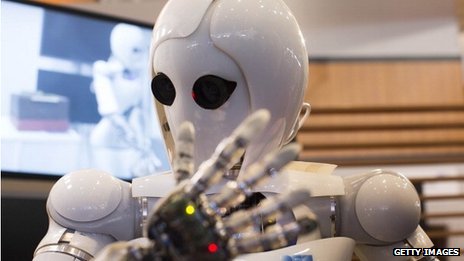 As to why Google bought such an AI company sparked a lot of debate and rumours in the tech world. Many journalists speculated Google was developing it’s own Skynet – A self aware AI made famous by the Terminator films whose operations were “performed by war-machines, cyborgs (usually a Terminator), and other computer systems, with the goal of exterminating the human race”.

Well now that you know what Skynet is, Ray Kurzweil instead stated below that the Deepmind AI would be a cybernetic friend aiding the AI search engine algorithm:

“This friend of yours, this cybernetic friend, that knows that you that have certain questions about certain health issues or business strategies, can be canvassing all the new information that comes out in the world every minute and then bring things to your attention without you asking about them!”.

Kurzweil’s goal is to build an AI search engine that’s so smart it will act like a “cybernetic friend” who knows users better than they know themselves in such a way that the google AI search engine is so sophisticated that it could answer questions without you actually asking them.

“I envision in some years that the majority of search queries will be answered without you actually asking”  he said at an intimate gathering at Singularity University’s NASA campus.

As a tech fanatic I was honestly looking forward to the Skynet idea, I mean who wouldn’t a terminator coming back from the future to save us all?!

On a serious note a cybernetic friend that can predict my own search without me even asking? Well that just sounds a little too intrusive for my own liking… or so I think?