Even though the price tag doesn’t make it accessible for everyone, the Apple iPad mini 2 is currently one of the best selling tablets on the market. And it’s not that hard to see why: great metallic body, an amazing Retina display and one of the most stable operating systems, iOS.

After its bigger brother, the iPad, went to a slimming treatment and it transformed into the iPad Air, it seems that the iPad mini will go to the same transformation and the company will soon release a new  iPad Air mini. 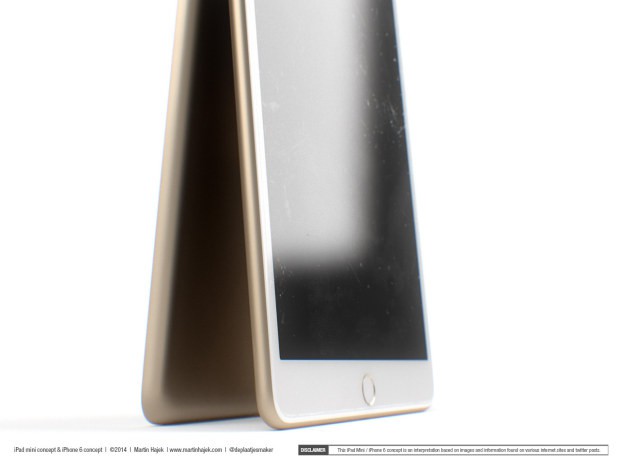 According to a well informed user on Chinese website, who claims to have some information from Apple’s suppliers, the next generation of the apple iPad mini will be 30% thinner than the current model, which totally makes sense, considering the new ”iPad Air mini” branding.

-30%? This means an even thinner design!

The website doesn’t mention anything about the weight of the upcoming iPad, but it should definitely be lighter than iPad mini 2 which is currently 331 grams. Also, shrinking it down with 30% would mean just 5.25 mm in thickness, which is…incredibly slim.

As for the Apple iPad air mini specs, it will use Apple’s new A8 chip, which, according to the latest rumors, it will be centered on efficiency and battery life, rather that processing power.

We’re eagerly waiting to see this new iPad Air mini being introduced, since the slim design will be more than spectacular, and, of course, one of the device’s main selling points.