You are here: GeekSays Technology News » Apple » What Is Going To Launch at Apple’s Oct 22nd Media Event?

Apple has unwrapped its upcoming event to media outlets this morning. Apple has sends out the media invitations to everyone around the globe. The event is said to take place at 10 AM Pacific/1 PM Eastern Time at Yerba Buena Center for the Arts in San Francisco, California. 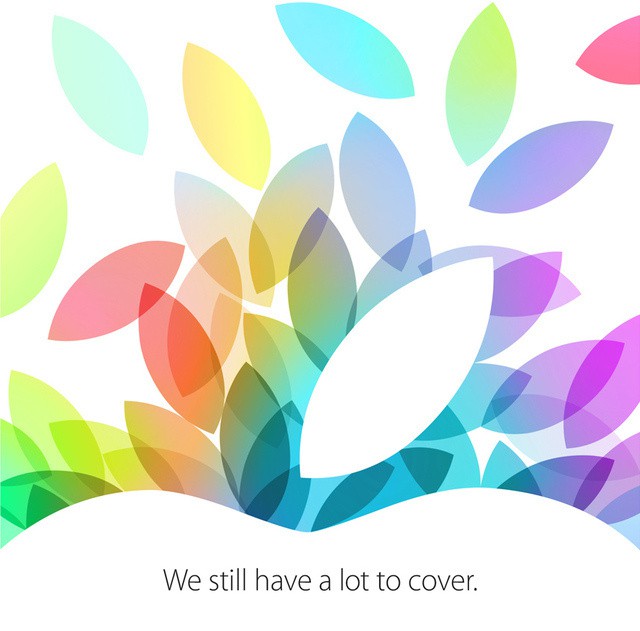 Apple is hosting a media event on October 22nd to reveal its next-generation iPad series, including the iPad 5, and iPad Mini 2. Both iPad models are gaining major updates from Apple developers. The iPad 5 is going to carry a whole new design profile, while the iPad Mini 2 will feature a Retina Display on user’s demand.

Apple has issued the media invitation with a statement over it “We still have a lot to cover”, which suggests that Cupertino company is finally previewing its new iWork suites, updated iCloud services, OS X Mavericks, new MacBook Pros, updated Apple TV, and finally the new Mac Pro.  It is not confirmed yet that Apple will unveil these devices at the media event but we have learned, these things are one of those that can come out at such big event.

The sources have already hinted at the late-October launch of OS X Mavericks in public, and new Mac Pro reaching the market shelves. OS X Mavericks will finally face a day light in the market at the event, and will available to download from Mac App Store. However, the iPad 5 and iPad Mini 2 will reach market a little later to coupe up with tremendous demand of iPad series.

iPad 5 is said to be featuring an A7 processor with 64bit architecture to finally give a competition to computers, and notebooks in an open market. Analysts have already claimed that these powerful iPad models will hurt PC shipments stream this year. Let’s see what comes out later this month at Apple’s media event.