Flickr has updated its iOS application with a variety of new photo filters for users. Flickr appears to be in gaming mood with services like Instagram. Flickr is once again reaching users home with lot of stuff and offers lately. The new update to its iOS application brings new filters with live previews and instant editing tools in the application on iPhone devices. The application is now also featuring ability to crop photos, and make adjustments to colors, and add filters to spice up the life. 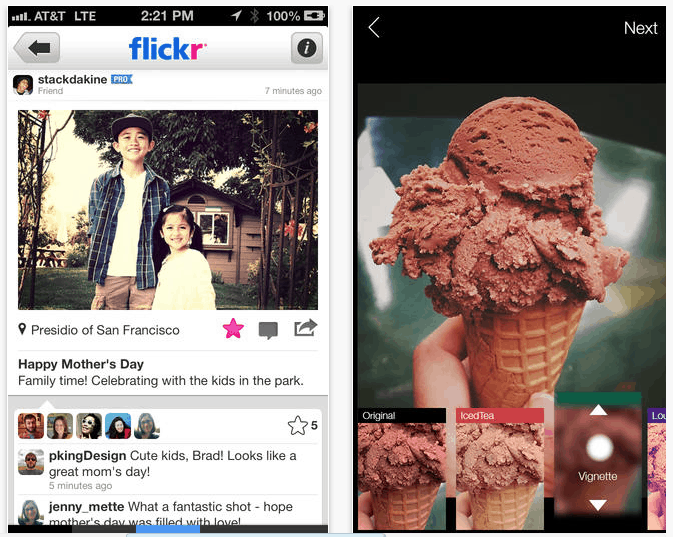 However, it is a pretty late for Flickr to jump in the party, but we believe there is still lot of stuff for Flickr in the market. Flickr is really late in introducing new filters in its application to users, and the same moment when other applications / services are moving ahead to provide same functionality on video previews. Well, on the other hand, Flickr has just got itself integrated in upcoming iOS 7, which we believe is going to be a real game changer for everyone in the market. Especially, it is going to hurt Instagram market.

Flickr has recently also offered free spaces to its users, and those who are not happy to share their moment with Facebook are now on Flickr services. The Flickr iOS application is available in App Store for iOS devices, and you can get the update to use latest filters on your photos.