You are here: GeekSays Technology News » How To » iOS Tutorials » How to Fix Developer Certificate: Untrusted Developer on iPhone/iPad 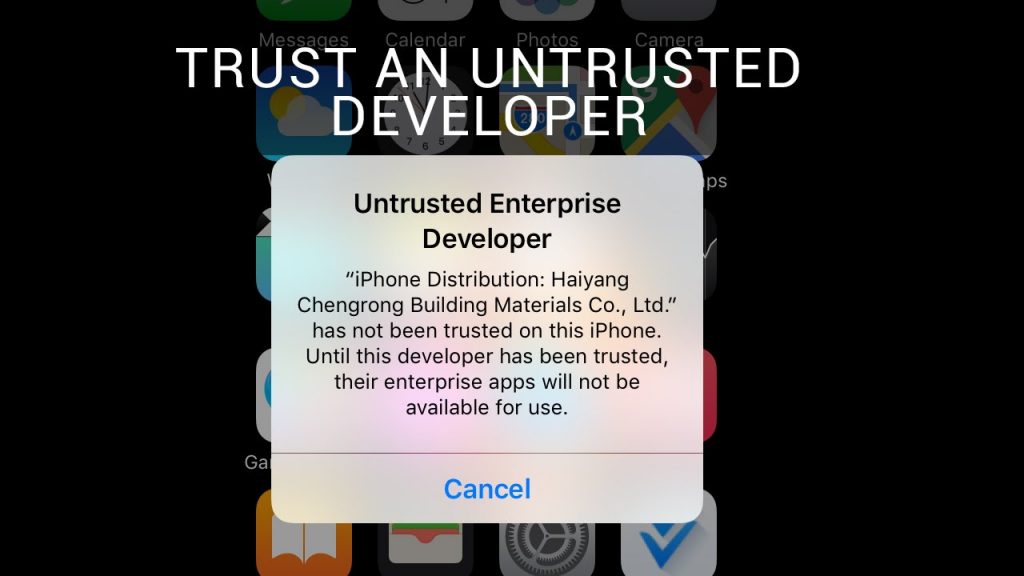 “Untrusted Enterprise Developer” error is easy to fix with Developer Certificate.  It’s Apple’s effort to make your device more secure and make you conscious to the fact that you’re adding an app to your device at your own risk.  If you download apps through Apple’s App Store, then you’re not going to get this error.  This is because only those apps are allowed on App Store whose Developer Certificate is trusted by Apple Inc.

Downloading apps from App Store doesn’t require you to fix developer certificate.  Most people prefer to get apps only through App Store because they are usually free, easy to install without any error or needing any further setup process.  You’ll only need to enter your Apple ID if you’re not already signed in. 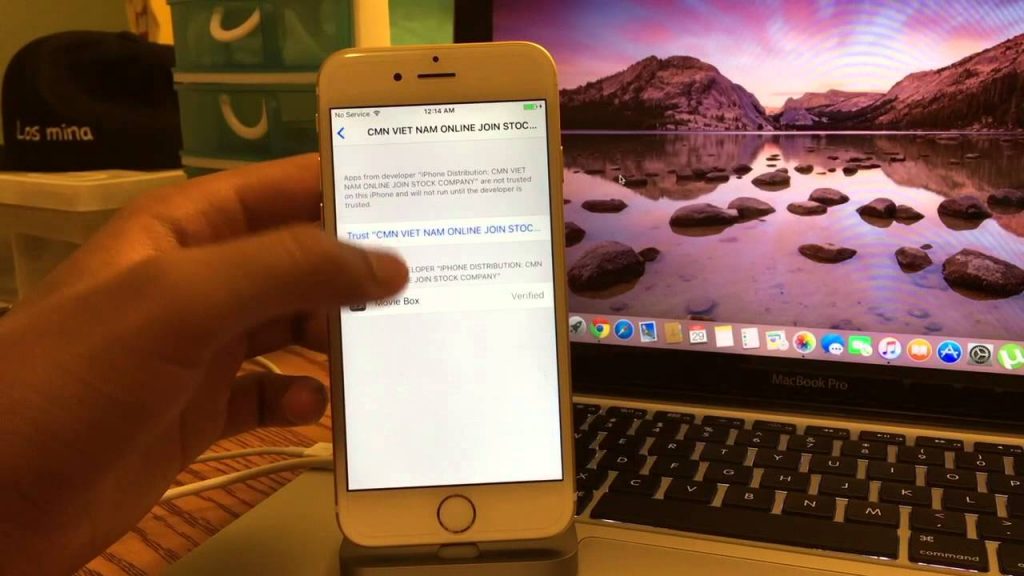 By this error message, Apple shifts the responsibility of installing third-party apps on the users.  This error is in fact a warning from Apple that the “Untrusted Enterprise Developer along with iPhone Distribution has not been trusted on this iPhone.  Until this developer has been trusted, their enterprise apps will not be able to use…” so and so.  The warning started to appear on iPhone with iOS 9 and up but don’t worry, you don’t need to contact the developer to fix developer certificate.

Even if you do attempt to contact the developer of the app, he/she won’t respond or oblige you.  You need to take the matter in your own hand.  Actually the matter is already in your hand, or rather in the Settings of your iPhone/iPad.

How to Fix Developer Certificate for Untrusted Enterprise 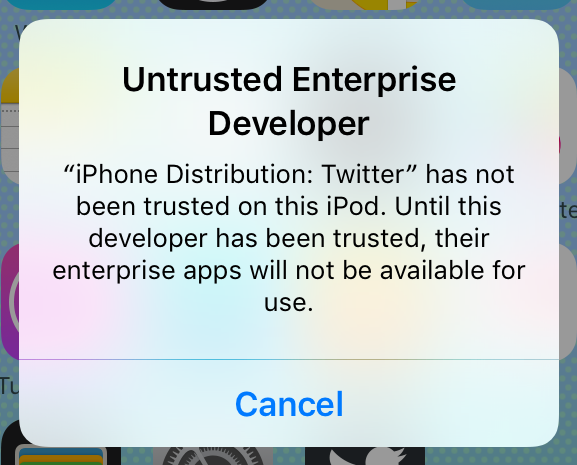 Let’s come to the point and see what you can do to fix developer certificate for the untrusted enterprise.  When you download a third-party app from iFunBox, vShare and the like, you will find the icon for the app in your iPhone.  Resist the temptation to open your downloaded app yet and go through the following steps first to trust the app to fix developer certificate.

Now go to the app and you’d be able to launch the app without any error. What you’ve done is that instead of asking the developer of the app, you’ve signed the app yourself.  Although Apple didn’t trust the enterprise, you as device owner have told your iOS that you trust the enterprise and want to install the app at your own risk. Those who downloaded Pangu Jailbreak iOS 9.3.3 are familiar with this way to fix the developer certificate to install Cydia without computer.  Now that you’ve fixed developer certificate, you can enjoy your favorite apps on your device.