You are here: GeekSays Technology News » General » How To Fix Blue Screen of Death Error on iPhone 5s

I am damn sure that many of you must have faced the most popular blue screen of death error on Windows, but what do you think about facing a similar error on your premium iOS gadget? I know it sounds unusual, but some users are complaining about encountering a blue screen of death error on their iPhone devices after updating to latest iOS 7.0.2 firmware. More interestingly, it only occurs on iPhone 5s devices with iWork applications installed. The error reboots the iPhone 5s device with a BSOD error on launching any iWork application. 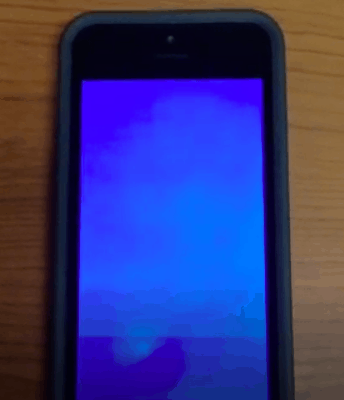 However, it appears that a software bug is causing iWork applications to show a blue screen of death on latest iPhone 5s devices. We have demonstrated the error on our device, and this is how you can produce this error on your device:

The issue is said to be there since iOS 7 rollout to the general public. Apple has already announced an update through its developer channel that major iOS 7.1 update is under process, which will surely fix all these issues.

As you can see in the video, the application just crashes whenever some open the recent document on his iPhone 5s. The issue is causing due to iCloud integration of iWork applications on iOS 7. While Apple is working on its fix for the issue, we have tried a trick that temporarily fixes this issue on iPhone 5s.

It is very clear that people can not hold using of iWork application’s on their devices, and if such bugs are popping up on some popular application than it will be tough for Apple to defend the era.

How To Fix iOS 7 Blue Screen of Death Error on iPhone 5s:

Go to “Settings -> iCloud -> Documents & Data”, switch off the Pages, Keynote and Numbers options.
You can fix the BSOD error by following these tips on your iPhone 5s, but to get a permanent fix of the issue wait for Apple.