You are here: GeekSays Technology News » General » First pictures with the HTC One M9 Plus, leaked!

A few days ago we were wondering if 2015 will bring us a phablet based on HTC’s upcoming flagship, One M9, just like the Taiwanese manufacturer din in 2013, with the One Max. Apparently, the first rumors were pointing to Ace Plus as the official name, but according to the latest ones, it’s going to follow another name pattern and be introduced as HTC One M9 Plus.

Return of the One Max?

A new Twitter account specialized in leaked devices, @leaksfly, revealed a set of images with what seems to be the actual HTC One M9 Plus, alongside a possible specs list.

Since we’re talking about a phablet, it’s obvious that we’re going to deal with a big display – 5.5 inches to be more specific – and a QHD resolution of 1440 x 2560 pixels. In terms of specs, it’s powered by the must-have CPU of the moment, the Snapdragon 810, with an octa-core CPU and 3 GB of RAM. Oh look, these guys are using it too. It seems that just Samsung Galaxy S6 is facing heating issues…weird.

In terms of design, we cannot ignore the physical button from the bottom, which seems to replace the on-screen buttons, a trade-mark for HTC’s top-notch devices. Still, it’s not that bad, as it’s most likely housing a fingerprint scanner, bringing HTC One M9 Plus to an exclusive club. 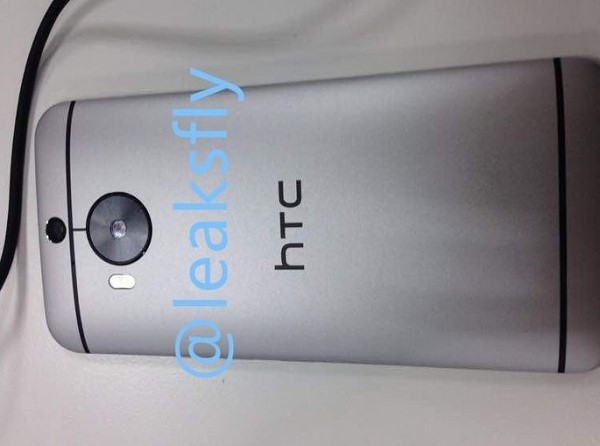 On the back, there’s also a big dual camera setup, with a two-tone LED flash. Even though this wasn’t even rumored, it should come with a 20.7 MP sensor, also present on the One M9. Nothing about a launch date or a price for the HTC One M9 Plus, but everything should be way clearer after March 1, when the company’s Utopia in Progress event is set to take place.