There’s no doubt that this has been a great year for Chinese manufacturer Huawei, as they managed to release a couple of incredible smartphone. Today, with just a few days left until 2015, we got the chance to see the first images with what seems to be the company’s next flagship, the Huawei Ascend P8.

Metal all the way!

French site nowhereelse.fr presents a metallic chassis, suggesting the the Huawei Ascend P8 is going to join the trend, featuring a reinforced, very thin body, being ready to compete with other top notch handsets. 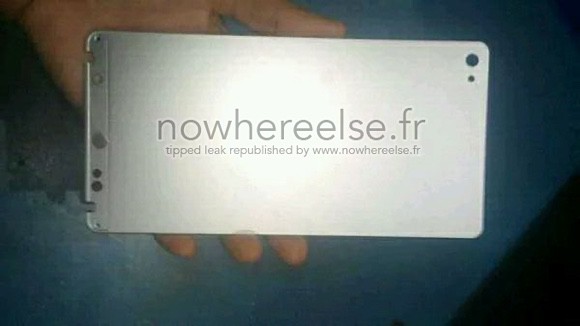 We can observe a single cutout on the back, meaning that we’re going to deal with a single camera, not dual, like the Asus ZenFone, for example. Also, there are two ejectable trays, one for the SIM card and one for, we hope, a microSD card slot.

In terms of specs, the Huawei Ascend P8 will most likely be powered by a home-made HiSilicon Kirin 930 chipset, built on a 16 nm process and featuring an octa-core CPU, alonsgide 2 or 3 GB of RAM and at least 16 gigs of internal storage.

Could we see an even bigger display?

Now if a personal opinion is allowed, this phone should be way bigger than 5.2″ considering the above presented picture, at least 5.5″ we’d say. And Huawei is not known for making phones with big bezels lately, so don’t be surprised if the P8 comes with a bigger display.

The phone is expected to make its debut next month, during CES 2015 or later, in Barcelona, at the Mobile World Congress.

What would you like to see at the Huawei Ascend P8?