You are here: GeekSays Technology News » Apple » iPhone News » First iPhone 7 Concept – Could this be a starting point?

Even though the iPhone 6 and the 6 Plus were launched just a few months ago, fans are already wondering how the next version of Apple’s smartphone will look like. Considering how things went in the past years, the iPhone 6S should be launched in 2015, while 2016 is left to bring the iPhone 7, a totally new redesigned smartphone.

American designer Martin Hajek, specialized in technology, presented the first iPhone 7 renders, based on the rumors appeared until now all over the Internet. 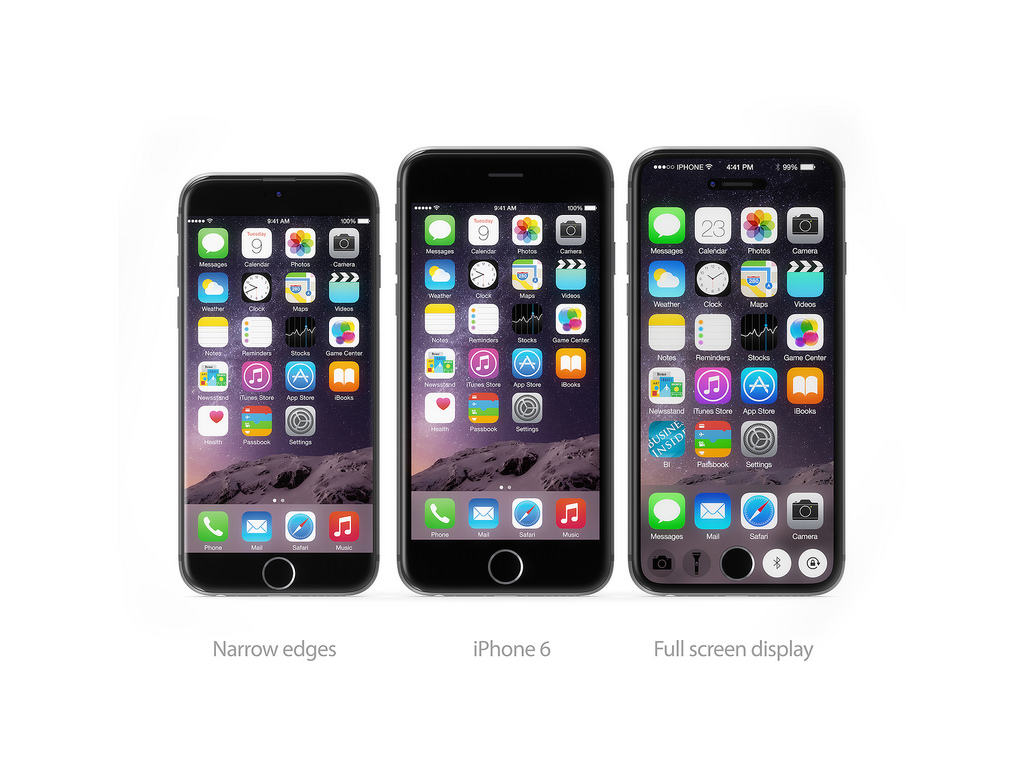 A bezel-less iPhone 7? Yeah, why not…

The first version realized by Hajek and presented on his personal website would solve the iPhone’s size problem. Since many people consider 4.7″ as too much, the concept has a no-bezel design, meaning that the display would keep its dimension, but overall, the device is way smaller.

The second concept also presents a full-screen variant, but with holes in it, for the speaker and the home button. This type of display is possible thanks to an innovation made by Sharp and it looks more than interesting!

Will it come next year?

But like we said, these are just concepts and until 2016 (or who knows, maybe even 2015) when the redesigned iPhone 7 is supposed to be introduced, there’s still a lot of time left and new technologies will definitely appear.

What do you think about this concept? Would you buy a phone looking like this?