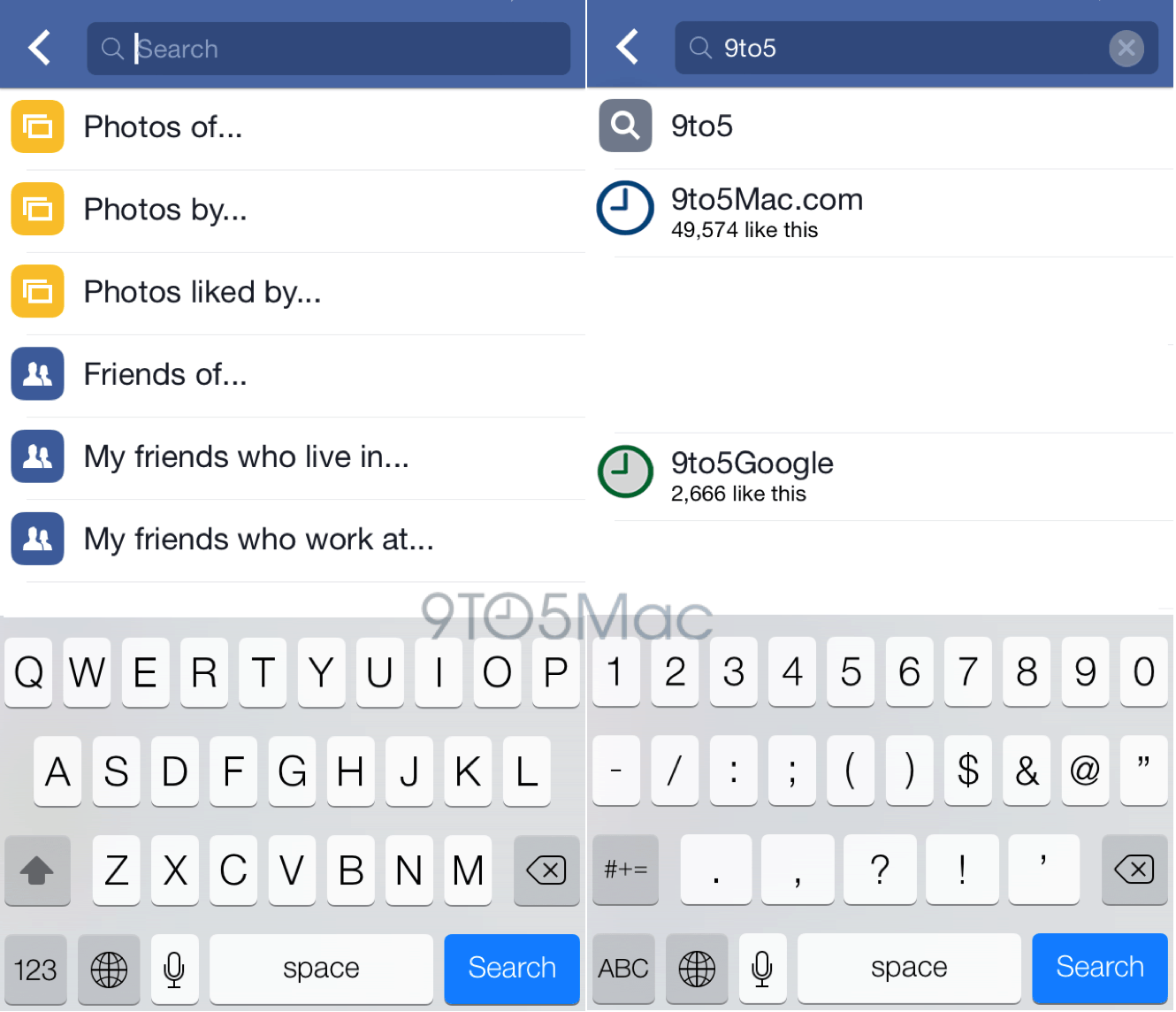 However, as reported the Facebook application developer has now departed back to Apple, and the press is expecting Facebook to roll out a major update of their application that would be purely compatible with iOS 7 running devices. It has reported that 9to5Mac has obtained some photos of an early build of Facebook upcoming application update, which reveals that Facebook is building an update with the addition of Graph Search for iOS.

Facebook has unveiled Graph Search in the start of this year, and allowed the user to get engage more with nearby contacts, products, and places. The addition of Graph Search on iOS application will surely boost the engagement of users with Facebook on their iPhone and iPad devices.

In addition to Facebook application update, Facebook is said to be working on a major overhaul for its iOS Messenger application. The new update to Facebook Messenger will include the ability to send text-messages via iMessage protocol and furthermore things that are limited to Facebook employees.