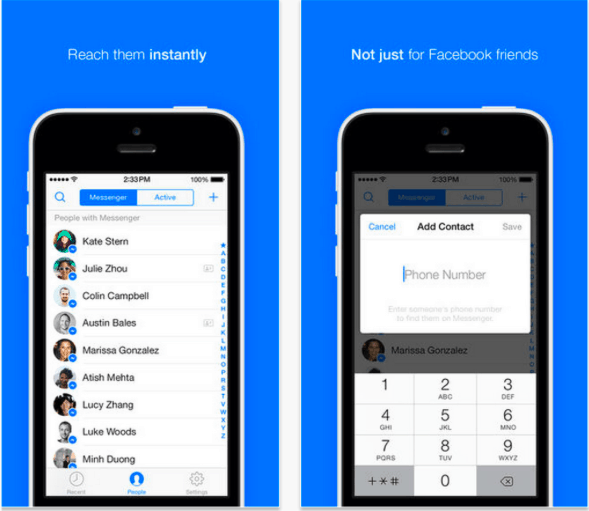 Facebook has recently received a major update to its Facebook Messenger for iOS application with all-new interface matching with iOS 7 environment. The new interface boosts the interaction, and it is now one of the top 10 free applications in the App Store for iPhone and iPad devices.

Facebook Messenger for iOS v3.1 allow users to easily access timeline or call (toll-free) any friend by simply tapping on their picture in Facebook Messenger’s application. Facebook has recently introduced a new way to integrate users phone number in the system.

It is damn clear that Facebook is working over the night to make its Facebook Messenger application for iOS and Android up to date to compete with other smartphone social network applications. WhatsApp, Viber, and SnapChat is already burning Facebook’s massive success with huge attention towards their attractive services.

Here are the all new changes of Facebook Messenger for iOS:

– Get to your messages without opening Facebook.
– Bring your conversations to life with stickers.
– Send photos privately.
– Have group conversations and make plans on the go.
– Text your phone contacts, even if you’re not Facebook friends.
– Share your location so people know when you’re nearby.
– Record voice messages.
– Make free calls, even to friends in other countries.

– Tap on someone’s profile picture in any conversation to view their Timeline or call for free.
– Bug fixes, including improved Japanese translations.