There’s no doubt that one of the most Android apps in the world is Facebook, as over a billion users like to check it at least once a day, using their smartphones. Still, until now, not all of them could benefit from the full mobile experience, so a lighter version of the app, Facebook Lite, was launched!

Facebook for you! And for you, and for everybody!

The app is designed especially for developing markets, where users can’t enjoy the full mobile experience provided by the “big” application, due to two main reasons. 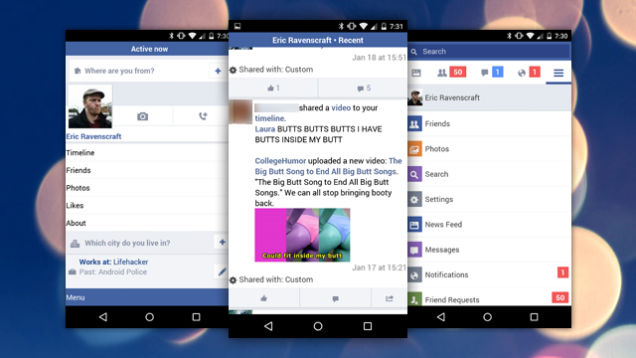 First of all, it’s their phone’s hardware. There are a lot of countries where low-end phones are the most popular, so not so many users have access to high-end devices, able to run all the apps you can think of. Fortunately, Facebook Lite will offer a reliable experience even on the cheapest Android smartphones, with no lag and other unpleasant moments, like crashing or closing the app.

Secondly, it’s the Internet connection. Not everyone has access to LTE speeds, since they own budget-friendly devices, but since Facebook Lite is designed for this type of smartphones, it can work even on 2G networks, in areas where the connectivity is limited.

Coming soon to a Play Store near you

According to Android Community, the app is now available for downloading in plenty of Asian countries. Of course, Facebook Lite can be used in other territories too, since there are a lot of people with budget phones even in developed markets, that’s why soon enough it will be available in other territories, like Europe, Africa and Latin America.

What do you think about Mr. Zuckerberg and his team’s idea? Is there anybody around here who is planning to get the app for his or her phone?