You are here: GeekSays Technology News » Apple » Eye-Tracking and Gaze Control May Be Apple’s Next Big Thing

Apple has shown interest in eye-tracking before, but we never saw plans of practical applications just yet; until now. Recently acquired patent documents showed that Apple is indeed interested in eye-tracking and gaze control. Combined, these two technologies can improve the way users interact with iOS and OS X quite substantially.

If there’s anything we can learn from past Apple patent documents, is that these are merely signs of interest. You should not expect eye-tracking to be in the next iOS instalment just based on this report. However, the patents carry depths and good signs. 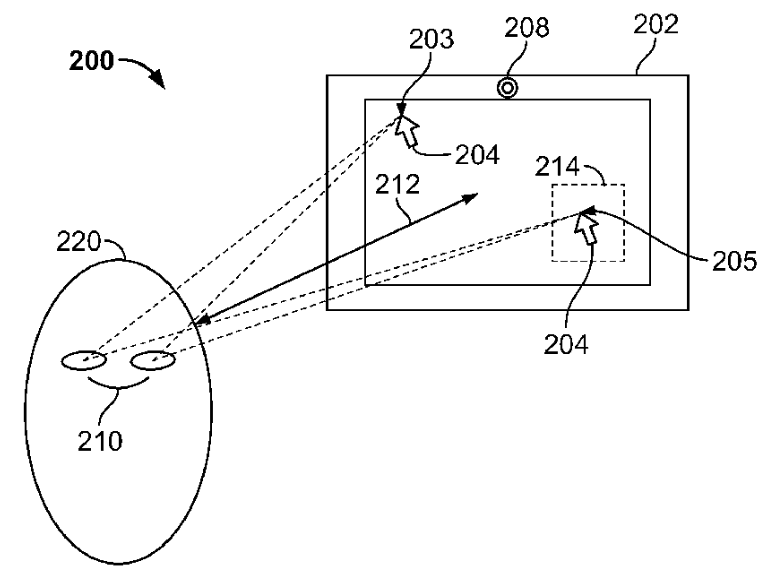 Apple has also said that eye-tracking can be very useful for in-car applications and gaming. Since Apple is making a move into these markets rather aggressively, it wouldn’t be surprising to see eye-tracking being implemented sooner than later. Quoting Patently Apple, “Controlling a system using advanced eye tracking is tricky and Apple’s granted patent discusses how their system will overcome the number one problem facing eye tracking systems today: Troxler fading.”

In simple words, Apple’s patents suggest that the company has managed to figure out how to bridge the gap between the users’ eyes and the GUI of an Apple-based system. It even underlines how a cursor, controlled by a user’s eyes, can be inaccurate as well as methods of dealing with such inaccuracy.

The patent documents also clear up one major thing: Apple is still the company that bears the flag of innovation. The company still has the capability to solve problems and turn something conceptual into a practical application that works amazingly well.

However, this also brings in a couple of different ideas that could be used in future projects and products. As tracking the movement of an eye from a camera is one thing, chances are that in the future, we’ll get iris recognizers on all of our devices, which will definitely be quite a surprising thing to see.

Now, I tell myself. It really is a good time to be alive. Anyway, based on everything that has been outlined so far, what do you think about the new patents that Apple has acquired? Let us know our thoughts in the comment section below.