Evasi0n7 1.0.2 is now released in public to resolve several bugs during jailbreaking process, and also brings the full support for iPad 2 (WiFi) model. The latest evasi0n7 v1.0.2 will fix the boot loop issue with your iPad 2 WiFi device. The iPad 2 users can now jailbreak their iPad with recently launched evasi0n7 jailbreak v1.0.2. 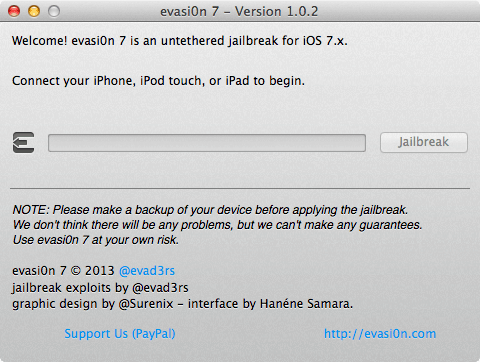 Without wasting any further time, here you go with evasi0n7 v1.0.2 download links:

The evasi0n7 v1.0.2 is available for both Windows and Mac OS X running users. Other OS users can use other available options like RageBreak, and Opensn0w program to jailbreak iOS 7.x.x on their devices.