iOS 8 brings with itself major new features and is expected to be released in Fall this year. However, the UI design has changed a little compared to iOS 7. One of the notable design changes in iOS 8 is its Control Center. To enjoy iOS 8’s Control Center style on iOS 7, you may want to try out a jailbreak tweak known as Centrex.

Developed by Gabriele Filipponi, Centrex is a tweak that ports iOS 8’s Control Center style to iOS 7, bringing a more minimalist and sleek look to it. The tweak brings a new look to the buttons and Control Center interface. 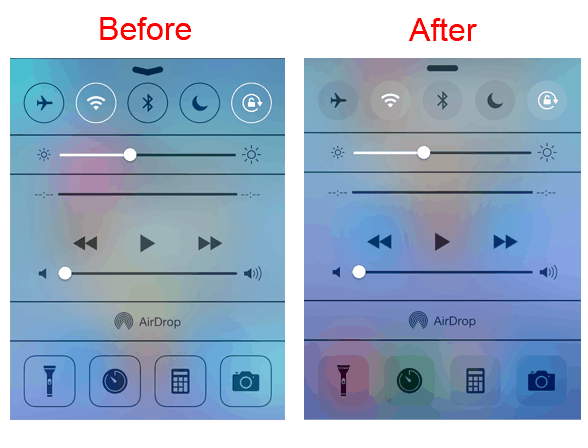 Once you install the tweak, simply swipe up the bottom of the screen to open Control Center and you’ll notice a number of new changes. Firstly, the toggle buttons will have a darker blur behind them. They will also be highlighted when enabled rather than having a white border around them as shown in the screenshots above. Another notable change is that it removes the black border around the buttons and toggles in Control Center. Although it doesn’t port all the features of iOS 8 Control Center to iOS 7, it still attempts to bring a closer look to it.

The tweak also adds a preferences pane to the Settings app dedicated to Centrex. Here, you’ll find a number of toggles allowing you to hide or unhide the separator lines and add a dark blur to the toggle and slider backgrounds.

If you’re interested to take Centrext for a spin, you can download it for free from Cydia’s BigBoss repository.