You are here: GeekSays Technology News » Apple » iPhone News » Duel of the Apples: iPhone 6 vs iPhone 6 Plus

For the second year in a row, Apple introduced not one, but two new smartphones during their event. Still, comparing it with last year, when the 5S and its plastic brother, 5C, was released, this year, it was a bit different, as Mr. Tim Cook, the company’s CEO, presented the iPhone 6, alongside a bigger and very expected version, the iPhone 6 Plus. Of course, size is not the only difference, so we thought that a comparison between the two would be just perfect. Ladies and gentlemen, iPhone 6 vs iPhone 6 Plus! 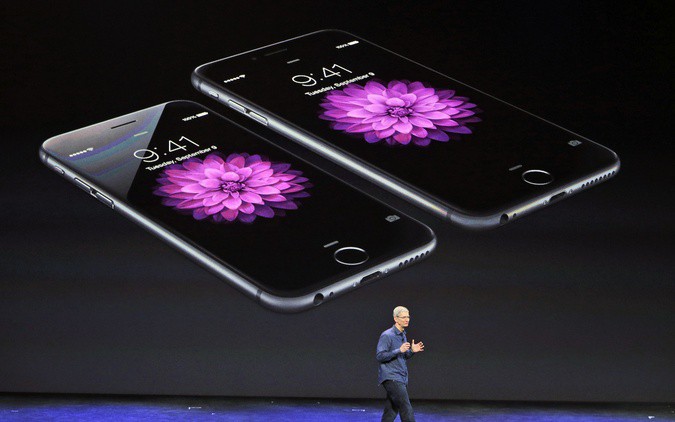 2. Thickness – An iPhone 6 Plus as slim as the smaller version would’ve been perfect, but currently, it’s not possible. So, instead of 67 mm, the 6 Plus measures 77.8 mm in thickness. After all, a bigger battery needs more space.

3. Weight – Of course, the difference between the two phones can be spotted after holding it a bit. While the iPhone 6 is one of the lightest smartphones on the market, with just 129 grams, the 6 Plus is notably heavier, weighing 172 grams. You can’t have them all…

4. Battery – While Apple doesn’t mention the size of their new batteries, it’s obvious that the iPhone 6 Plus packs a bigger one, offering up to 384 hours of stand-by time and up to 24 hours of talking. On the other side, the iPhone 6 lasts for 250 hours in stand-by. As for talking, you can use it for 14 continuous hours.

5. Memory – 1 GB vs 2 GB of RAM. It’s clear which one has the bigger amount. A bigger display automatically implies more RAM. Simple as that.

6. OIS – Or, if you’re not familiar with acronyms, optical image stabilization. A feature that is something usual on most smartphones nowadays should be present on the iPhone too. Unfortunately, only the 6 Plus model comes with this, despite the camera using the same 8 MP sensor as on the smaller version.

And this is it. The iPhone 6 vs iPhone 6 Plus match is over, as you can see above all the differences between Apple’s latest devices. Which one would you buy and why? Do you think 5.5″ is way too big and you’re going for the iPhone 6 or you want to enjoy full HD images and go for the 6 Plus?