You are here: GeekSays Technology News » Microsoft » Download Growth of Microsoft’s Windows Store Increases 110% from a Year Ago

Along with iOS and android, Windows Phones are also capturing the mobile market because of their innovative features and affordable prices. And this is the reason Microsoft is seeing a huge growth in app downloads. According to Microsoft, the number of app downloads from Windows Store has increased to 110% in the last year. Todd Brix, General Manager of Microsoft relayed that. He said that this much rise is app downloads happened because of 30 percent more active users in the same time and it has made the gross sales more than double for developers. 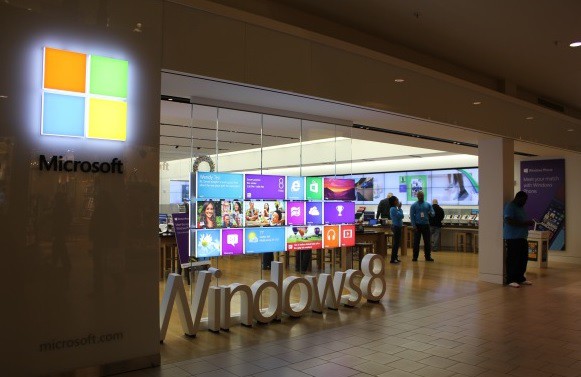 But it remained unclear what number does this statistics point to. The daily downloads from Windows Store was 1.7 million in October 2013. At the beginning of 2014 the daily downloads reached to 4 million. Considering that the download number was between these two in December, Microsoft’s intra-2014 growth is not so high, that is less than the numbers described.

As per the reports given by Microsoft, 60 percent increase happens in app selection and an 80 percent increase the company has seen in registered developers year over year. So it can be said the things are going up.

All these are little arguable, currently we are in the interregnum between Windows 10 and Windows 8.1. Now the thing is how would be the experience? Either the experience will make Windows 10 the best platform and it will be the most horizontally and vertically integrated operating system or it will not. If things go well and the result becomes positive, then Microsoft will be able to increase its download along with developer number, the new D & D.

So, we all have to wait till Microsoft releases Windows 10 on the market and let’s see what the result come.