You are here: GeekSays Technology News » Recommends » App of the Week » Digg Reader Is Now Available In iOS Digg Application

Since Google has made its decision public that company is looking to shutdown Google Reader service, we have seen number of third-party services are coming to overcome the need of Google Reader. We can understand that how Google Reader is important to many. At GeekSays, we are also very fond of Google Reader, as it allowed our reporters to get in touch with others, and keep posted about the latest stuff. However, as we all know Google is quitting RSS aggregator market, and allowing others to come and win the space. It is merit mentioning here that Digg – the social service is also coming up with a reader service that allow users to import their Google Reader stuff into Digg Reader. 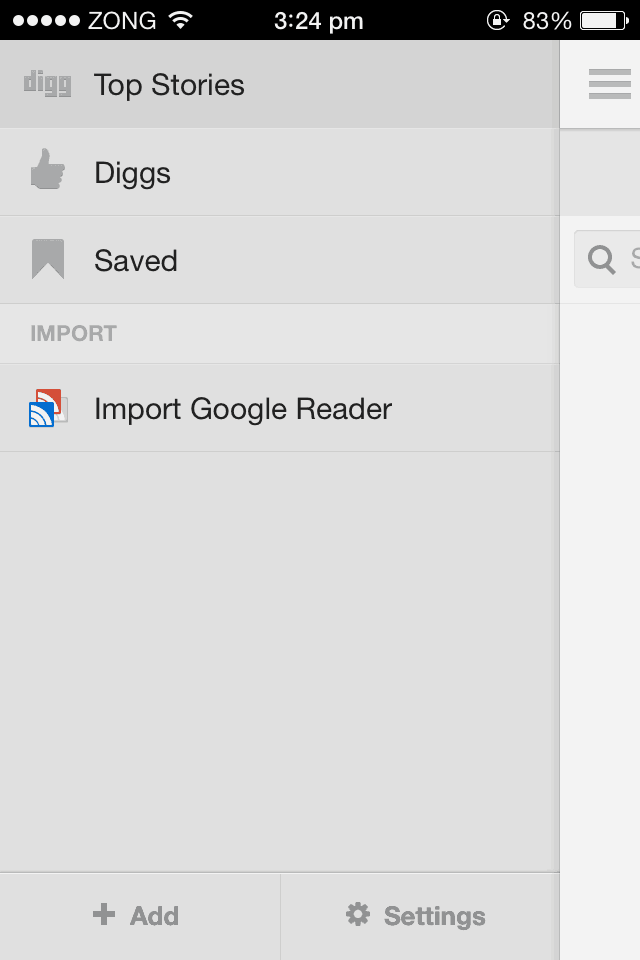 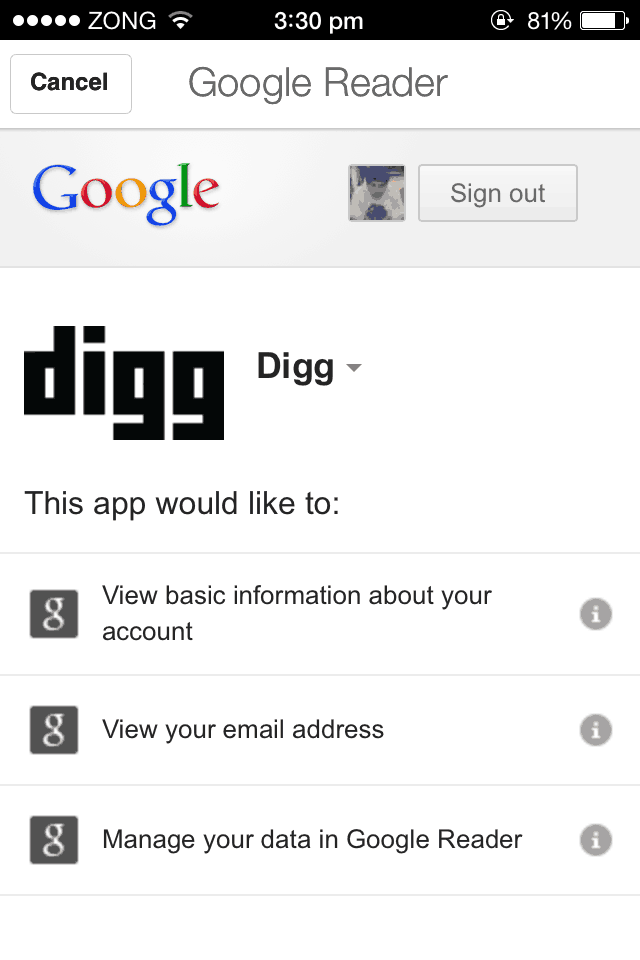 Digg has rolled out an update to its Digg iOS application in the App Store that brings the application version to 5.0, and introduces all new Google Reader like RSS aggregator services to iPhone users. The Android version of application is under development, and will soon launch in the Google Play Store. Digg application is now providing an option to iOS users that allow them to import Google Reader stuff into the application, and the process of importing Google Reader data is very easy. It brings you to the Google sign-in page, and asks you to allow Digg Reader to obtain data from Google.

The Digg Reader is currently only available to iOS users, but it is reported that Digg team is working hard to bring the Digg Reader for everyone till the death date of Google Reader.