You are here: GeekSays Technology News » Apple » Apple Allow Developers To Use Any Color of iPhone In Marketing Material

Apple has made it clear that developers can now use all colors of iPhone in their press works. There will be no limitation and restriction on using only a black iPhone in your advertising material. In the past, Apple asked developers not to include white iPhone in their advertisements and PR stunts. However, with the release of iPhone 5s and iPhone 5c in market, Apple is removing the limitation. 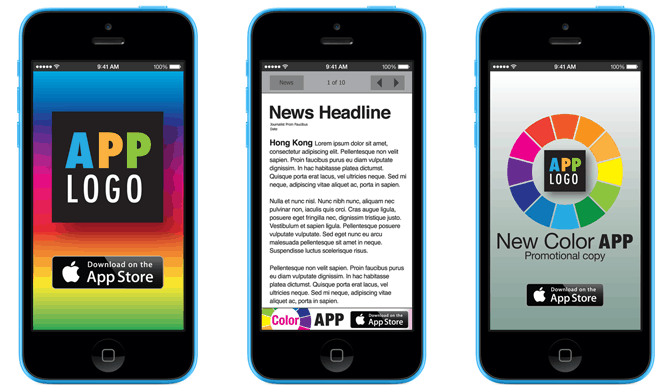 Apple has updated its marketing guidelines for the App Store, and allowing users to update their advertorial banners and images with any color of iPhone model. Also, Apple has updated their advertising material in App Store to meet with the iOS 7 huge interface changes. Apple has imposed restrictions back in the day of white iPhone models to avoid the use of white iPhone in advertising material for iOS App Store.

We have seen many developers and marketing agencies, in the past using white iPhone models in their PR materials to promote their stuff around the world and the internet. Furthermore, Apple has included iPhone 5s and iPhone 5c in the advertising plans, and replace every other older banner with these new devices advertising banners.