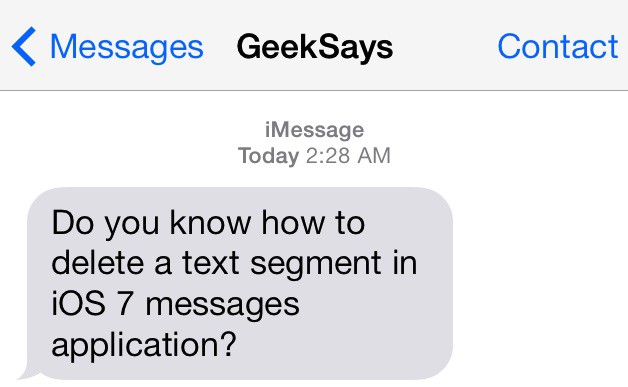 How To Delete Individual Text Segments from Messages in iOS 7:

Step 1: Open any messages conversation, tap and hold the text segment that you want to delete. 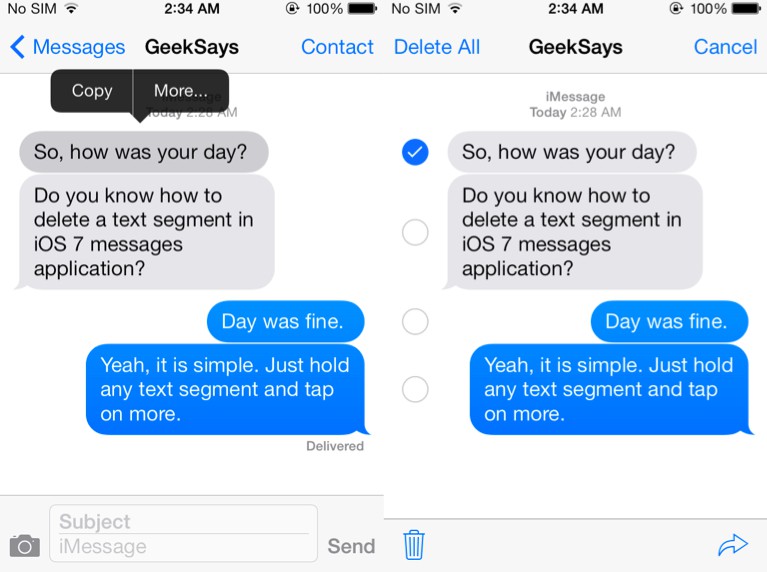 Step 2: On holding the text-segment, you will see a pop-up menu. Choose “More” from it. 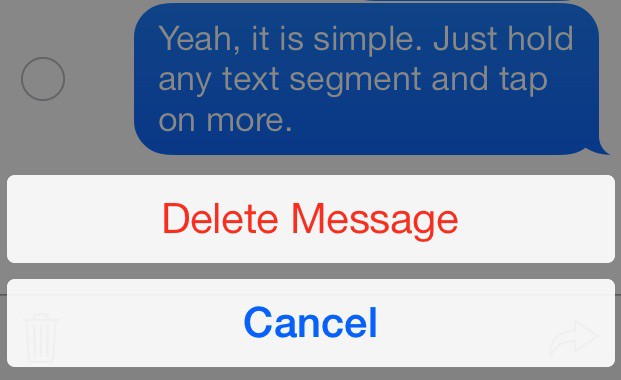 As you can note here, Apple has changed the previous method of deleting text-segments from Messages application in iOS 7. In previous iOS versions, there was an edit button in the conversation window. However, with the introduction of iOS 7, Apple has pushed things a little under in menus.

You can learn more about iOS 7 tips and tricks here on our iOS 7 how to guide section.