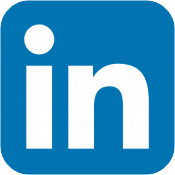 Earlier this morning, we reported that iOS 7 is carrying some hidden settings menu on iPhone devices that allow internal-developers to test more gesture, and multitasking features. However, after the first break story, Hamza Sood, appears to be back once again with another scoop based on iOS 7 beta 1 code. He reported that is 7 beta 1 for iPhone is carrying a couple of code strings that represent LinkedIn integration in iOS 7, but the code is not in phase to run on public devices.

Many sources have already claimed that LinkedIn and Apple is bringing deep integration of social media database to iOS devices, and will provide more information in iOS contact applications. According to the code of string, iOS 7 beta 1 will allow LinkedIn the same integration that Facebook and Twitter is enjoying. It will provide single-sign-in option to LinkedIn users, and will sync their data cross the devices. It will also users to quickly share any links, and post updates to LinkedIn network using their device such as they do on Facebook & Twitter with iOS 6.

Apple has a sketchy background with social integration in Ios, back in iOS 5 we have seen Apple integrating Facebook on iOS beta versions but the feature was completely vanished from the public version because both Facebook and Apple didn’t agree with each other terms. However, Facebook enters the market after seeing Twitter’s huge success with help of iPhone and iPad devices.