It is time for some real Christmas gift from Saurik, the person behind Cydia. Cydia is now finally updated for iOS 7 compatible evasi0n7 jailbreak. After first few hours of old-generation Cydia running on all iOS 7 running devices, now users can easily get the new interface and beautiful icons on their jailbroken iPhone and iPad devices. The new Cydia for iOS 7 is an initial update for jailbreak users, as Saurik and his team is still working on many different parts of the biggest ever jailbreak tweaks store. 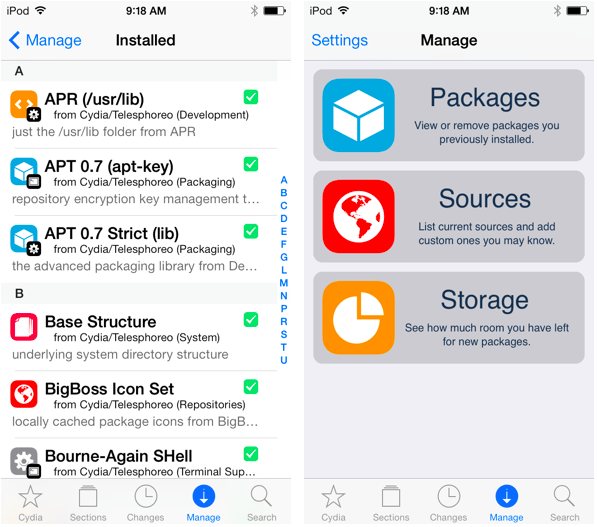 In the recent posts, we already mentioned that Saurik becomes victim of iOS 7 Jailbreak release by evad3rs, as they decided to roll out their own custom version of Cydia for iOS 7 running devices. The initial launch of evasi0n7 jailbreak was surprising for everyone, and no one was aware of the release time till an updated page pop-up on evasi0n.com. 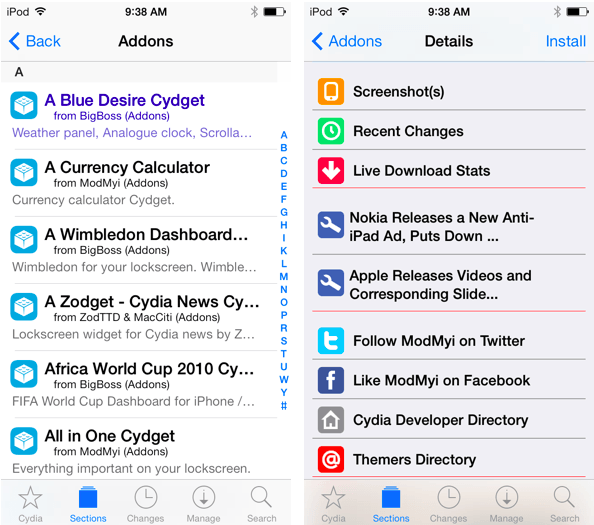 Saurik explains that latest update required him lot of testing, and bug fixing because the update was said to go public via package in Cydia, which updates every other Cydia installation to iOS 7, and we know that iPhone 2G users are still the part of community. He was forced to make new Cydia for iOS 7 v1.1.9 compatible with all range of iOS devices that are jailbroken.

Saurik – rolled out major update to Cydia users while launching it on all range of iOS devices.

Surenix – designed all the tab graphics in new Cydia for iOS 7 version.

The new update is available in Cydia, as Cydia Installer update and UIKit Tools update. The update becomes mandatory for everyone running an active jailbreak.