You are here: GeekSays Technology News » Apple » iPhone News » Could we see a waterproof iPhone in the near future?

We’re already used with seeing waterproof smartphones, as a couple of manufacturers are making their flagship devices and not only IP67 certified, meaning that they can deal with dust and are able to take a little bath for around 30 minutes in not-so-deep water. Still, most of them are Android-based smartphones and we’re pretty sure that there are a couple of iOS users out there who are craving for a waterproof iPhone.

A new feature for the iPhone?

Well, we have some good news for them, as Mr. Tim Cook and his team are reportedly working at a way of making their handsets water resistant, according to the guys from Gizmodo. 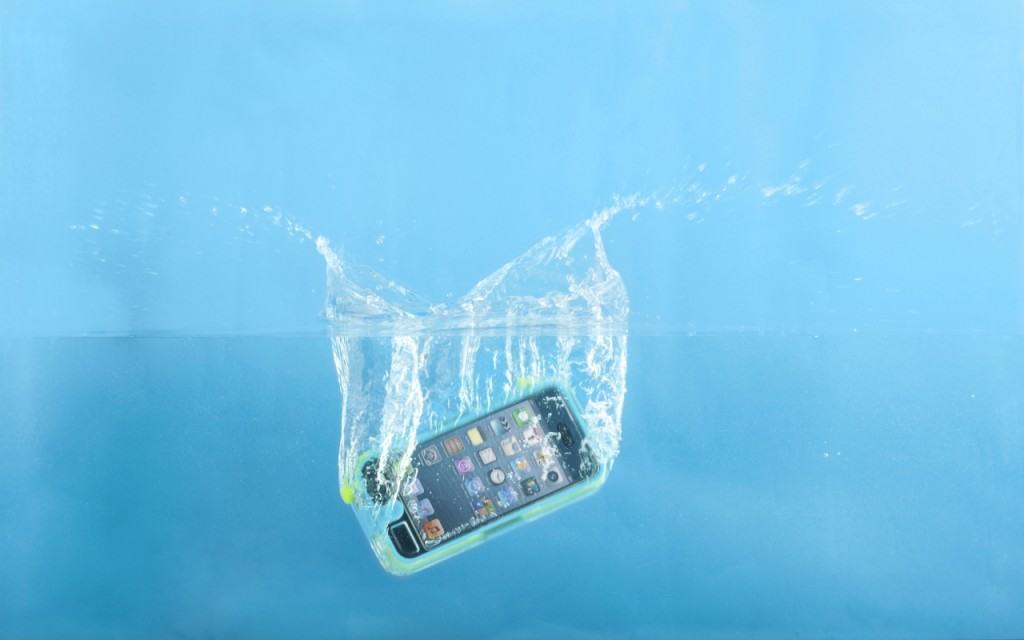 Last Thursday, Apple filed a patent which reveals that they are currently doing some research work in order to find the most efficient way of making a waterproof iPhone, without affecting its relatively slim profile in some way or another.

To be more specific, the company could use a process which consists in coating the iPhone’s internals with a hydrophobic layer, which should protect them at the contact with liquids.

Unlike other smartphones, which are using different flaps and have a chunkier design, thanks to the sealed applied to the body, a waterproof iPhone won’t be very different than a regular one, as all the magic will happen inside the phone.

Of course, for the moment this is just a patent filing and this doesn’t necessary mean that it’s going to materialized, especially when big names, like Samsung for example, with their S6 and S6 Edge, are already ditching waterproofing. But on the other side, Apple might want to use this whole new method in order to add another ‘innovative’ feature to their upcoming smartphone.

If we’re going to have a waterproof iPhone we’ll see only in September, when the iPhone 6S (or 7, who knows) will make its debut.