You are here: GeekSays Technology News » Microsoft » Could this be the first Microsoft Lumia phone?

It is now official: we won’t see any Nokia branded smartphones in the near future, as they will be replaced with Microsoft. After the announced was made, we were very curious to see how the new devices will look and it happened sooner than we were expecting.

The guys from TechRadar spotted an image on Chinese social site Weibo, revealing what could be the first Microsoft Lumia phone. What, were you expecting something different? 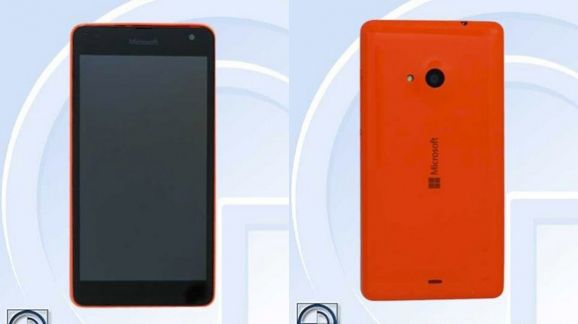 As you can see, the design it’s not very different from previous Lumia models. The brightly colored back is still there and as we can tell, the only major difference is the Microsoft logo on the back.

This Microsoft Lumia device is currently dubbed as RM-1090 and it already passed through China’s Ministry of Industry and Information Technology for approval, according to the above mentioned source.

Mid-ranger or an entry-level device?

For the moment, we don’t have any information about this phone, but Microsoft is expected to make it official soon, so keep an eye on our blog, as we will definitely be back with more information on this topic.

What do you think about this move? Will the first Microsoft Lumia be received as Nokias were?