The production hired hundreds of extras and fill-ins for the movie, so leaks are not surprising at all. In fact, there have been quite a lot of photos circulating online forums and various Apple sites. Fans have also taken pictures of Fassbender exiting the Opera House in his Steve Jobs attires. 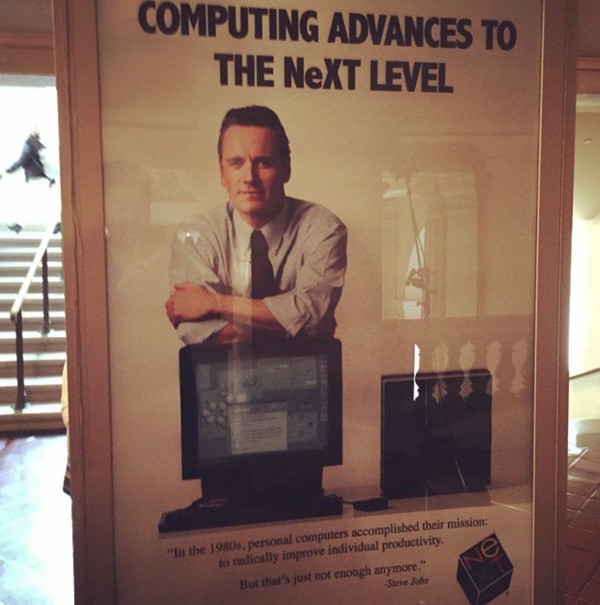 Back then, Jobs introduced his NeXT Computer – also known as The Cube, for its shape – and wowed a lot of people. The announcement itself was originally made at the Symphony Hall in San Francisco, right across the road from the Opera House where Fassbender and the film crew were seen.

There is no explanation as to why the shoot is currently done at the Opera Hall. Sources close to the production said that a shoot will also be done at the Symphony Hall in the following days or weeks.

This version of Steve Jobs movie casts Michael Fassbender as Steve Jobs and Seth Rogen as Wozniak . The movie is directed by Danny Boyle and is said to be one of the best Steve Jobs movies to be expected. Other great names, including Jeff Daniels, Kate Winslet, and Katherine Waterston are also in the movie.

It is almost magical to see the poster with Fassbender on it. The movie is set to be released on October 9th, 2015. I’m sure most of you, like myself, can’t wait to see the movie. What do you think? Will this be a good movie depicting Steve Jobs’ life? Let us know your thoughts in the comment section below.