You are here: GeekSays Technology News » Apple » CNN choses Tim Cook as CEO of the year

Following Steve Job’s death in 2011, Tim Cook became Apple’s acting CEO, which is a position that has enabled him to put in an important influence in the company and in its decisions in order to ensure that it will continue to be successful after Steve’s passing.

Well, things have changed over at Apple and Tim played an important role in making sure that things continue to go as planned and that the company continues to innovate as it has done until now. After some record breaking product launches and after Apple’s stock prices have increased from all the points of view, CNN decided to name Tim Cook the CEO of the year for 2014, which definitely is an important position to find yourself in. 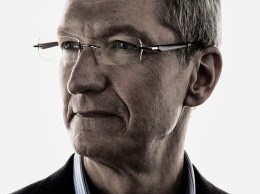 What’s interesting is the fact that the stocks have actually increased by somewhere around 40% which is a massive number, especially when compared to the other increases that the company has had until now.

According to a couple of recent reports, CNN stated that Tim Cook has done an amazing job this year, as the company has been ushered by him through a series of important events, all of which made sure that he deserved this worthy award.

It has also been stated that:

‘Cook has arguably the toughest CEO job in America. He’s had to convince sceptics that Apple can still innovate after the death of Steve Jobs. He’s proven all the naysayers wrong.’

Based on everything that has been outlined so far, what do you think about Cook’s presidency over Apple? Does it look like he is doing a good job? Let us know your thoughts in the comment section below.