If last week we made a comparison between two devices running different operating systems, iPhone 6 vs. HTC One M8, today we’re focusing on two of the best Android smartphones of the moment: Samsung Galaxy S5 and the all new Motorola Moto X. Even though they were launched in different periods, they’re both flagships, so we decided to see which one of these two is actually the best! Let’s begin, shall we? 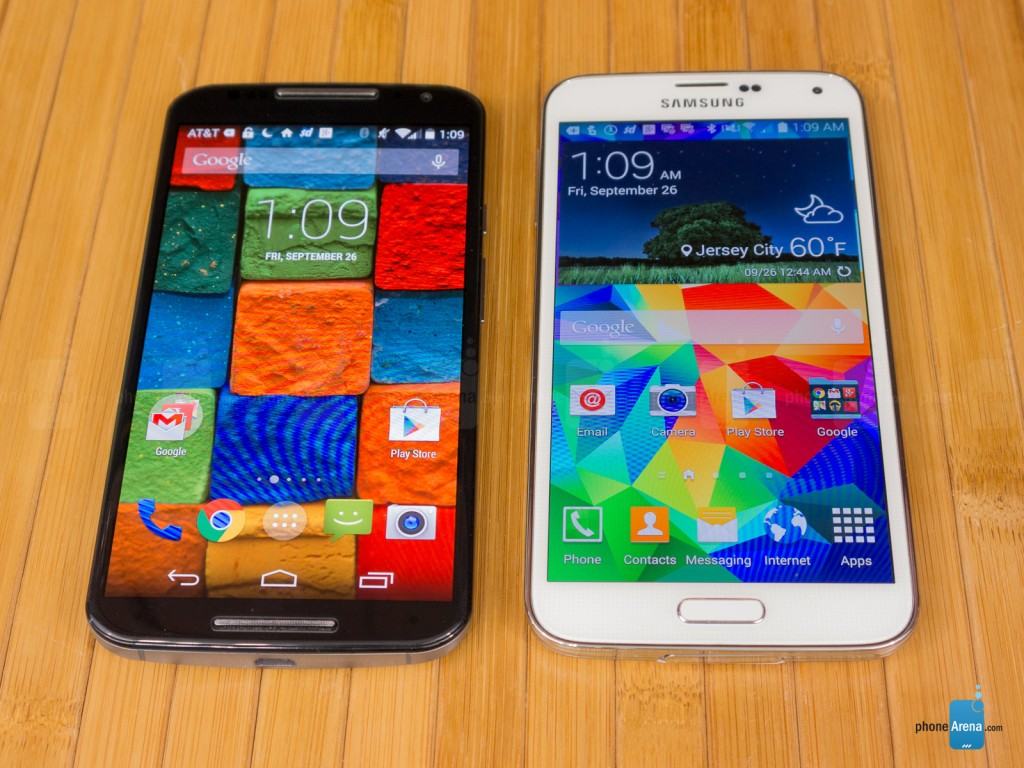 Only with 0.1″ bigger than the 5.1″ Galaxy S5, the Moto X is also a bit thicker, measuring 10 mm, but overall, both device will need the same amount of space from your pocket. T main difference is that the Samsung has a physical button too, while Motorola opted for on-screen buttons, hence the added display size of the Moto X. Samsung’s flagship was highly criticized for its design, being compared with a band-aid, thanks to the look of the back cover, while the Motorola…well, everybody is praising its looks and the fact that it can be customized before buying it.

Both Galaxy S5 and the Moto X are running Android 4.4 KitKat and they’re in line for receiving Google’s latest mobile operating system, Android 5.0 Lollipop, so it’s pretty easy to come with a conclusion regarding this aspect, right? Well, not really. Let’s not forget that Samsung is using a highly skinned version, due to the presence of the TouchWiz user interface, stuffing the phone with some relatively useless apps, while Moto X runs on almost-stock Android, which in our opinion is way better. 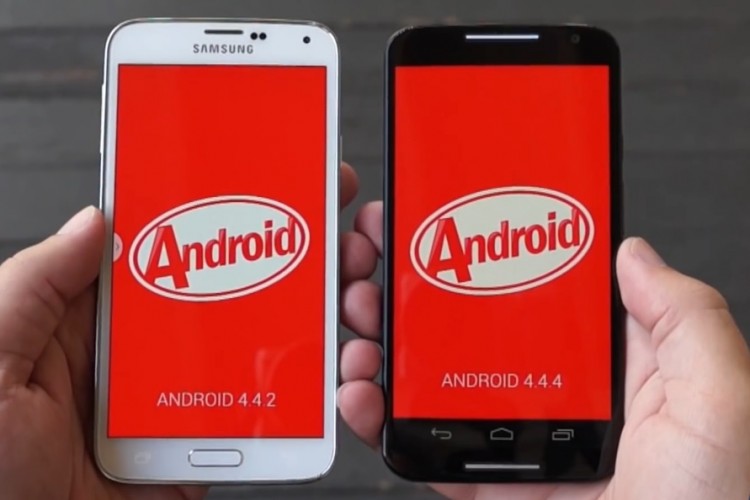 Even though the Galaxy S5 was launched in February and the Moto X just two months ago, both of them are basically running on the same chipset, Qualcomm’s Snapdragon 805 to be more specific, with a an quad-core Krait 400 CPU, clocked at 2.6 GHz, alongside the Adreno 330 GPU and 2 GB of RAM. The internal storage capacity is also the same, as they’re available in 16 or 32 GB variants. The only difference is the microSD card slot, which is present only on the Samsung, but nowadays, when cloud storage is a way safer option, this is not a decisive aspect. 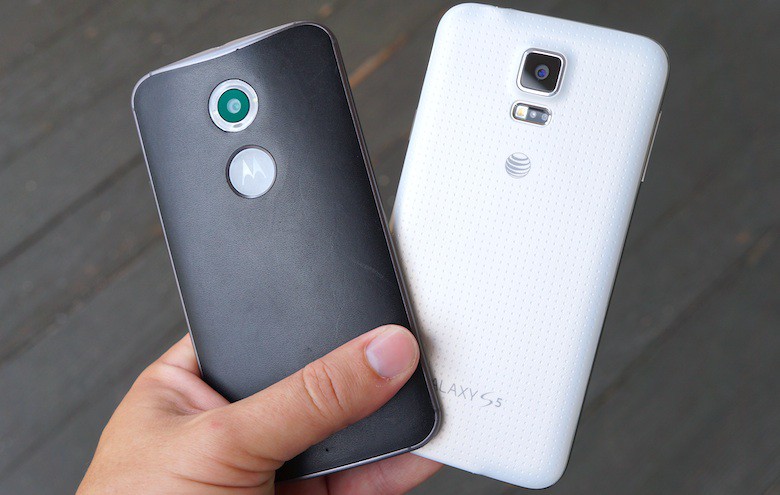 New isn’t always better, and you will see why. Launched in September, the Moto X is still using a relatively outdated main camera, with a 13 MP sensor, autofocus and a dual-LED flash. On the other side, the Galaxy S5 comes with a much advanced 16 MP camera, with phase detection autofocus, using a 1/2.6″ sensor and able to shoot simultaneous HD videos and images. Also, the video quality can be modified, going from 2160p @30 fps, 108op @60fps and even 720p @120 fps.

The Moto X might be bigger, but its 2300 mAh battery is definitely smaller than the 2800 mAh powerpack present on the Samsung. The QuickCharge technology, enabling you to get the battery to 60% in just 30 minutes is still no match for the Galaxy S5 who is definitely one step ahead.

Both of the devices analyzed in this week’s clash are excellent from many points of view, providing an excellent user experience. They do have pluses and minuses, but after going to all the specs, we can easily say that no matter which one you opt for, you’re definitely be happy with your choice. After all, they’re flagships. How on Earth could this not fully satisfy you?

If you want to know even more about the two phones, check out the the information below: 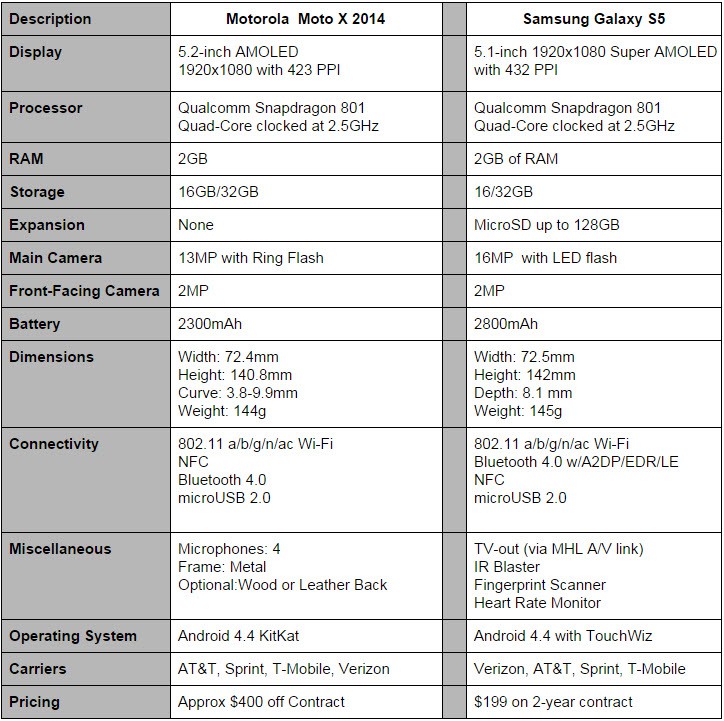