You are here: GeekSays Technology News » Android » Clash of the week: iPhone 6 Plus vs Nexus 6 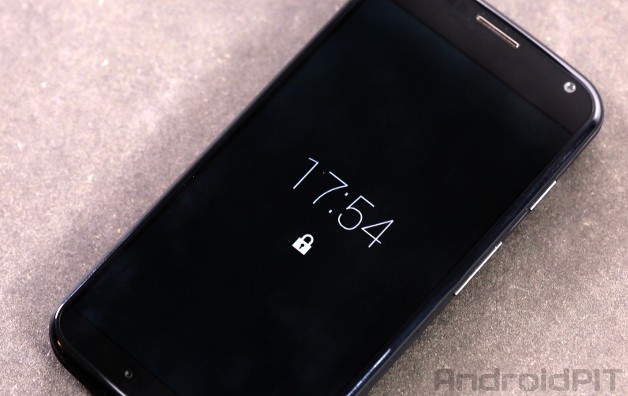 Two great phones, released by two strong companies. The Apple iPhone 6 Plus and the Google Nexus 6. Chances are that you’ve heard about both devices, but which one is better? Which one will dominate the rest of the year and bring in more sales? Will it be the Apple giant or the Google giant?

When it comes down to design, both of these phones have some strong points. First of all, the Nexus 6 comes with a 5.96 inch-screen whereas the iPhone 6 Plus comes with a 5.5 inch screen. While the difference may be minimal, chances are that people may be able to notice the difference, but is a bigger screen always a better screen after all?

While there are a couple of clear differences on what was changed with the Nexus 6, Apple also took a step forward and modified the iPhone design as well. Both phones look fresh and able to take on to any task, however I can’t help but see the iPhone 6 Plus as a bit too light and cheaply made, when its quite the opposite to be honest, so in terms of the way both phones feel, I personally think that the Nexus 6 takes the prize, although overall I like the iPhone’s more simplistic design. 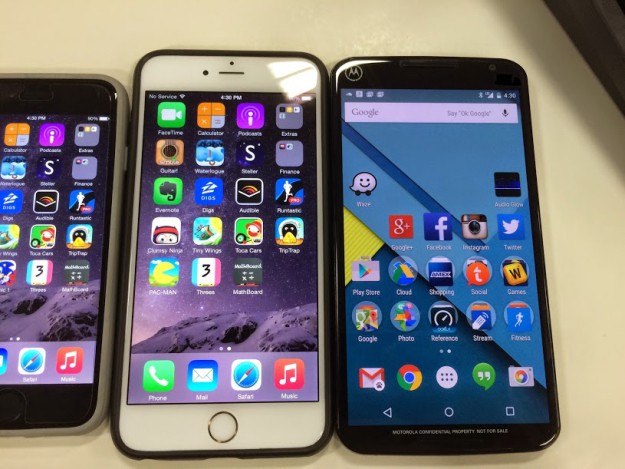 iPhone 6 Plus vs Nexus 6

To be honest, comparing both of these phones from this point of view can be a hard experience, especially due to the big differences between the operating systems that they come pre-installed with. While the Nexus 6 will get Android Lollipop, the iPhone 6 Plus has iOS 8.0.1 on board. If compared, I would personally say that Android is better for people who would like a lot more freedom, but also who want access to more interesting features, whereas iOS is for those that like simplistic design and want a phone that is fast and works great from all the points of view, although there may be some cutbacks on the features. However, iOS 8 can be jailbroken in order to get access to a couple of more features.

Performance wise, both of these phones are beasts when it comes down to their specs. While the Nexus 6 is still not available for orders, we do have access to the official specs of the device. With a quad-core Snapdragon 805 at 2.7 GHz and 3 GB of RAM, the Nexus 6 has amazing specs, which can easily keep the phone going for the years to come. The iPhone 6 Plus also does a good job here, with the A8 chip and its 1 GB of RAM that make it run incredibly fast, but if we were to compare the phones and say which ones has better specs, than the winner would be the Nexus 6 without any doubts. 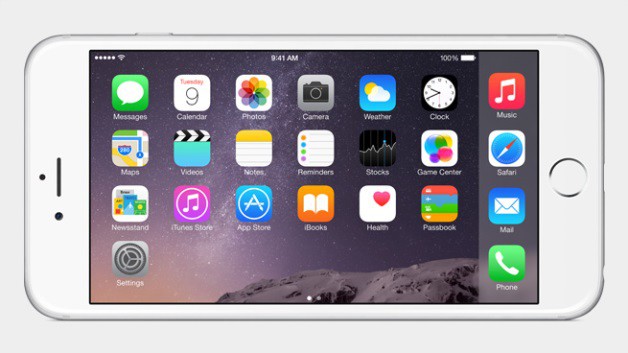 In terms of this aspect, both phones offer great cameras. While the Nexus 6 does offer a couple of more megapixels than the iPhone 6 Plus, the Apple phone also has a great image sensor and the ability to film stunning videos. All in all, both of the phones manage to do a great job,  so the choice on this in totally up to you.

Perhaps one of the most important aspects of everything that has been outlined so far. The battery life is incredibly important with smartphones from all around the world. In the case of the iPhone 6 Plus, the strong display consumes quite a lot of battery. The Nexus 6 also consumes a lot mainly due to its powerful specs, although its battery is expected to last somewhat longer when compared to the iPhone’s.

While both phones look great, have an okay-ish battery life, great cameras, even greater specs, the winner of this comparison is actually the phone that fits YOU best. If you feel like you want a phone that works fast, is simplistic both in its OS and looks, then the iPhone 6 Plus is definitely for you. However, if you’re looking for a phone and would like to customize it to a certain extent and you also want access to more features, then the Nexus 6 if the phone for you.

I would personally take both.